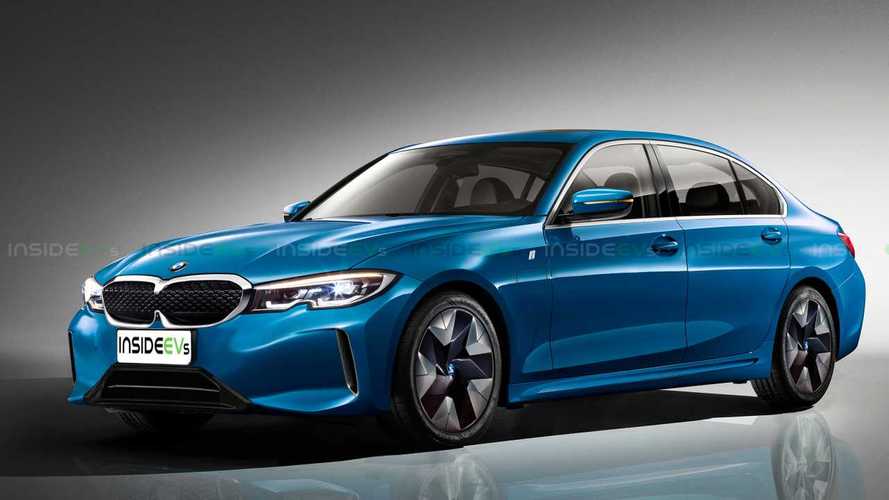 What's not to like about the classic 3 Series formula, but with no engine noise or tailpipe emissions?

Our spies recently caught a glimpse of an all-electric BMW 3 Series prototype undergoing testing, one of the 25 electric or electrified models that the Bavarian automaker plans to launch by 2023. But since most of those will probably end up being crossovers, it’s the vehicle previewed by this prototype that has me the most intrigued.

I should just come out and say it from the get-go: I do appreciate the BMW brand, as I think it has stayed true to its ethos of providing some of the most fun-to-drive vehicles in all segments it’s entered. Even its electric and electrified vehicles are some of the most enjoyable to throw around - this is great news for somebody who appreciates a good, sorted chassis and good handling.

It has to be said, though, that BMW's PHEVs don't have the longest pure-electric range, but in my book they make up for this in other ways.

So far I’ve driven two all-electric BMWs, the i3 and i3S, as well as the 330e, X5 40e and i8 plug-in hybrids. Out of all these, the i3S and 330e really impressed me with their blend of performance and remarkably good feedback through the controls, which is why I’m really eager to see what the manufacturer has in store for the battery-powered 3 Series.

BMW iNext To Be A 'Pioneer For Many Key Automotive Innovations'

It will be based on the stretched-wheelbase 3 Series (which is 4.3 inches or 11 cm longer) manufactured in China, which will also be its primary market. It is very likely that it will share its all-electric powertrain and 74 kWh battery pack with the upcoming iX3 EV SUV, as well as the i4 and iNEXT - this means it will have 282 horsepower and 295 pound-feet (400 Nm) of torque.

The power and torque numbers aren’t crazy by current standards, but they should be enough to motivate the car quickly enough for most buyers. All the power will be sent to the rear wheels only, and since this is a BMW, you will probably be able to disable the stability and traction aids to have a bit of fun when it’s safe to do so.

BMW has already announced the estimated range for the iX3, which is 273 miles (440 km), according to the WLTP test cycle. But since the 3 Series is lighter and more aerodynamic, its will surely surpass the SUV in this respect, if indeed it will use the same powertrain and battery.

It looks like BMW is planning to offer the 3 Series as a gasoline- or diesel-burning vehicle, as well as a plug-in hybrid and a pure EV too. The 3 Series EV definitely won’t be the biggest seller, but the fact that it’s a familiar model that will be available with an electric powertrain is sure to attract some new buyers who would otherwise maybe not have considered an electric car.

And it won’t look too different from the rest of the 3 Series range. The biggest difference between it and other models will be its increased overall length, but it will also come with a completely closed off grille, a different front bumper design that improves its aero credentials, as well as subtle blue detailing, badging and unique (drag-reducing) wheels.

I’ve tried to preview what it might look like in this quick rendering I whipped up based on a press photo of the long-wheelbase 3 Series already on sale in China (the opening photo of this article). This is quite close to what the actual production model will look like, although we can’t really tell right now because the prototype spotted by our spies was hidden under heavy camouflage.

BMW surely won’t make the 3 Series EV look too different from the rest of the range, because its target is to attract more traditionalist buyers, but this is definitely a plus point for it and it will be a draw for those who want an understated electric car that doesn’t shout about being electric through crazy design or excessive badging.

The only question that remains now is: will BMW actually sell it in markets other than China? The fact that the prototype spotted was the long-wheelbase model clearly indicates it will be sold in the People’s Republic, but what about Europe or North America? We’ll have to probably wait until 2021 to find out, and until then, we’ll first get a look at the production spec iX3 which is set to debut this year.