Why Did Ford Choose An Electric Mustang SUV To Compete With Tesla? 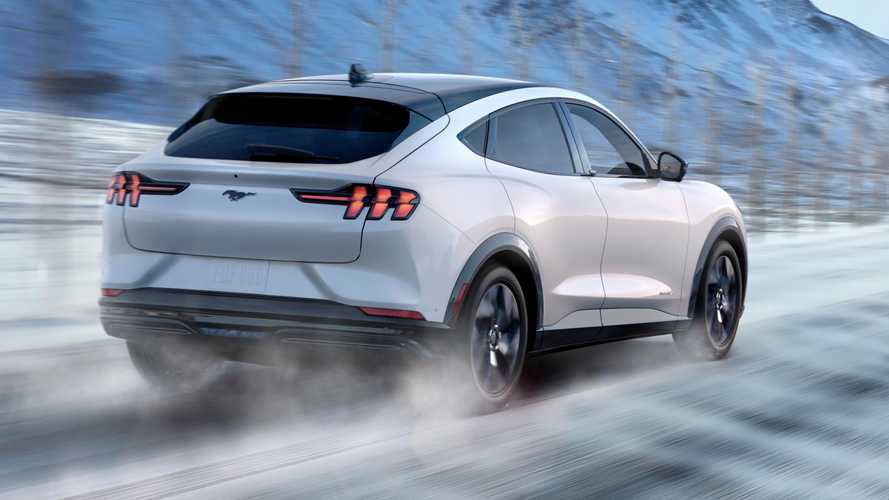 Some people are offended that Ford is using the Mustang name while others think it's a fantastic idea.

Wait What? You Can't Charge The Ford Mustang Mach-E At Home?
⠀

Mustang Mach-E: A Ford By Any Other Name...

Make no mistake, Ford’s unveiling of the Mustang Mach-E was a momentous move - arguably the most important electric vehicle story of 2019. Why? Because it represents the first indication that a non-Tesla automaker plans not only to produce an EV, but to sell it in volume.

“We’ve pushed all our chips to the middle of the table,” Bill Ford told the New York Times. “I hope this will show we are now deadly serious about electrification.”

Of course, we’ve heard a dozen statements like this from automakers over the last few years, only to be disappointed by yet another low-volume compliance car. To understand why I believe Bill this time, you have to consider what the Mustang means to Ford, and to the US auto industry. The Mustang is more than just the world’s best-selling sport coupe - for 56 years it has symbolized that quintessentially American quality - the freedom of the road. Ford calls it “a crown jewel” and “the soul of the company.”

When Ford announced that it would put the hallowed Mustang name on an electric 4-door crossover, it was no surprise that some fans considered it sacrilege - one Mustang lover of my acquaintance took one look at a TV news segment on the Mach-E, shook his head and said it was “sad to see.” The animosity is not necessarily because of the electric powertrain, but also because the Mustang is a 2-door coupe, dammit, not a 4-door crossover.

However, sales have been shrinking since 2015 - not just for the Mustang, but for the entire 2-door coupe segment. Like Harley Davidson, another vehicle manufacturer that enjoys fanatical brand loyalty, Ford may be acknowledging that its traditional customer base is aging, and hoping that an exciting EV will bring a new demographic into the fold.

A new video from CNBC recaps the history of the Mustang and looks at some of the reasons Ford decided to put one of its most valuable assets on the line.

Above: CNBC's mini-documentary on the story behind Ford putting the Mustang brand up against Tesla (YouTube: CNBC)

The ‘Stang is a performance car, but it has always been a reasonably priced one (the starting price was around $2,400 at its 1964 launch). You can get into a 2020 Mustang for under $30,000 - much cheaper than a BMW 3 Series, and vastly cheaper than a Porsche, although arguably just as cool.

“Making a high-performance vehicle that is accessible to all, or to many…is what Mustang is really all about,” Dave Pericak, Ford’s Global Director of Icon Vehicles told CNBC. “It’s not about being exclusive, it’s about inviting people into what we like to refer to as the Mustang cult.”

A mid-priced crossover with emotional appeal is precisely what the EV market needs at this point, so if Ford follows through here, it could have a truly historic (and highly lucrative) vehicle on its hands.

Chairman Bill Ford admits that the Mach-E started out as another compliance car. However, in 2017, with the advent of new CEO Jim Hackett (and of Tesla’s Model 3), the suits at Ford decided to take a bolder path, and a group called Team Edison started work on a fast and sporty electric SUV. Designers were determined to retain the Mustang’s equine excitement. “You don’t mess with an icon,” Bill Ford said at the launch party. “It’s gotta drive like one, feel like one, have the soul of a Mustang.”

“One of the things I think some of the EVs are missing, and one of the things we are able to bring with this Mustang, is a sense of that soul,” said Pericak. “A lot of these cars don’t have that soul to them, they don’t have any emotion to them, and the Mustang is all about emotion.”

Above: An acronym that could describe Tesla's appeal (Images: Tesla)

This is a complete turnaround in Ford’s electric strategy - the company’s previous generation of plug-in vehicles seemed to have been designed to attract as few buyers as possible. The Focus Electric was a nondescript hatchback that had almost no updates during its 2011-2018 production run. The C-MAX and Focus Energi plug-in hybrids racked up respectable sales, but were likewise long overdue for updates by the time auto gurus started announcing the death of hatchbacks and sedans.

Of course, Ford is only doing what Tesla did from the very beginning. The Tesla founders knew that sensible was a losing pitch - if you want to sell electric vehicles in volume, you need to make them sexy. If you can make them sensible too, so much the better - that’s what Martin Eberhard had in mind when he imagined a “Porschius” - a vehicle with the excitement of a Porsche and the green cred of a Prius.

Couldn’t Ford’s execs see that before now? Of course they could - but until recently, they and other auto industry decision-makers were still hoping EVs would go away. Now they’re starting to see which way the current is flowing, and they know they need to try to catch up to Tesla. That means not just trying to match the Californians’ technology, but building a vehicle that generates emotion and excitement.

If anything can get buyers excited about going electric, it’s the Mustang brand. The pony’s notoriety and fame loom far larger than actual sales would suggest. “Mustang always is the #5 most-shopped car,” Autotrader Executive Analyst Michelle Krebs told CNBC, “and you know it’s not the fifth-best selling car in America. But it does generate a ton of shopping consideration. It’s an aspirational vehicle.”

Tesla’s influence on Ford’s new EV is plain to see in the features: an under-floor battery pack; a front storage compartment; doors that open with a button push; a 15.5-inch touchscreen that controls most vehicle functions; and even over-the-air software updates.

Also clear is Ford’s direct challenge to Tesla in the marketplace, particularly to the upcoming Model Y, which is expected to offer similar specs and pricing to the Mach-E. (Another dimension in which legacy automakers are learning from Tesla: the Mach-E project went from design sketches to production tooling in just over a year, warp speed compared to the old auto industry norm.)

The Mach-E’s unveiling event just happened to take place at the Los Angeles Jet Center, next door to SpaceX HQ and the Tesla design center in Hawthorne, California (a smiling Bill Ford said the choice of location was just “a coincidence”).

A presumably smiling Elon Musk tweeted his compliments: “Congratulations on the Mach E! Sustainable/electric cars are the future!! Excited to see this announcement from Ford, as it will encourage other carmakers to go electric too.”