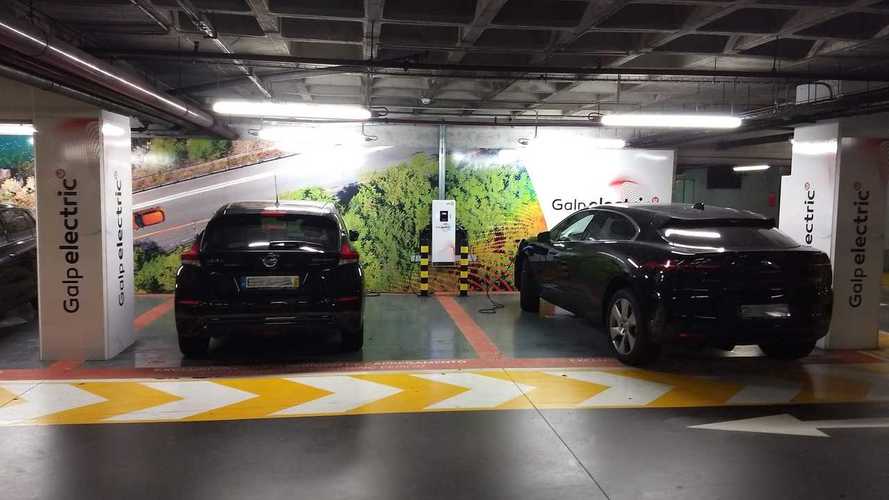 Don’t get too specific here: Portugal can be a metaphor for the problems you face anywhere.

Moving to Portugal was a long-time objective, as you already know from reading my “What Do I Drive?” article. When I got here, I saw many electric cars moving around and got used to the “zing” sound of the Renault ZOE, which is pretty common in Portuguese streets. A little later, I joined InsideEVs. Naturally, my next plan was to buy an EV. I started evaluating options and reviewing cars here. So far, the conclusion is that it is not easy to be an EV owner in Portugal. Let me tell you why.

Gallery: Do You Live In Portugal And Want An EV? Get Ready For The Hassle...

The first car I have managed to review for InsideEVs here was a Mercedes-Benz E300e. I had to pick it up in Sintra, more than 300 km (186 mi) away from where I live. My parents had just arrived here for a visit, and it offered an excellent chance to make a trip to Lisbon with them, pick the car and see what it was able to do.

I thought that recharging would be a piece of cake. That I could plug the car in easily and charge with an app, or a prepaid card. Not really. I had to ask for a tag associated with Mobi.E, the national charging network.

I chose a Galp Electric card, hopeful that I could buy it somewhere or receive it rapidly at home. It took me about a week to receive it. In other words, I traveled to Sintra and picked the E300e. I then went back home, picked up my family, and got back to Sintra. Finally, I asked my father to help me take pictures of the car and gave it back to Mercedes-Benz. There was no chance to properly charge it, only to use gas in the process when I was on the road.

That strategy allowed me to run solely on electricity in Lisbon and Vila Nova de Gaia, with burning gas away from big cities. Not exactly what I wanted, but it was the best I could do.

When Mitsubishi offered me the chance to review the Outlander PHEV, I had everything settled. My Galp Electric card was in the wallet, and I had an app to help me find charging spots. What could go wrong, right? Well, a lot.

I chose to travel to Lisbon with my family to pick the car. That would be a chance to know the city a little better. I was sure there would be loads of charging points there. Most of them were busy. The ones that were not were broken.

In a shopping center, I found a free spot, but a BMW 330e owner took it first. After he parked his car, he left as if it was a reserved spot for EVs, simply put. The charging cable stood there, uselessly hanging while the Outlander PHEV I was driving could really use some more electrons.

When it was time to travel back home, I trusted the info that Portugal has charging points in all of its roads. Do not be that naive. There are only three charging stations between Lisbon and Porto: in Pombal, Setúbal, and Aveiras. The one in the picture above was not working.

They are more than 50 km (30 mi) away in most cases. I had the intention to travel solely on electricity, and the Outlander PHEV has more or less that much electric-only range. Yes, I would have had to stop at least six times, but that was the idea: to show the effort a PHEV demands to avoid burning anything. In this case, it was just impossible.

With the Outlander PHEV already in Vila Nova de Gaia, the issue was finding charging points that actually worked. At a local mall, there are only four of them. I checked them at 9 AM and went there again in the afternoon. The black Jaguar I-Pace was parked in the very same place at 4 PM – seven hours later – as well as one of the black Nissan Leafs. Talk about solidarity…

That led me to a painful conclusion: to have an EV, you really cannot count on public chargers. The only real option is to be able to get some juice at home. If you live in a house, that is not terribly difficult, but it may be if you live in an apartment. That’s my case.

I have contacted power companies that sell chargers, and they can only proceed if the general meeting of apartment owners approve it. These meetings happen only once a year, generally in January. In case you manage to convince your neighbors they will not have any problem with your charger, you may proceed. I will soon discover if I will get to this point.

Although I like very much the idea of buying used cars instead of new ones, I tried to learn more about incentives for EVs. Portugal offers one, of €3,000, but only if you are quick enough to request it. There is a limited €2.65 million budget for these incentives, and only full-electric vehicles make the cut.

That implies that only 883 EVs could be sold with incentives in the whole country in a year. Companies have the right to a €2,250 help. If only they could have this government aid, that would mean 1,177 EVs would be sold in Portugal in the same timespan. According to UVE (Associação de Utilizadores de Veículos Elétricos, or EV Users Association), 6,132 electric cars were sold in Portugal until October. Government incentives are clearly not enough for the demand.

The Portuguese are eager to have EVs. A recent demonstration of that was the Salão do Automóvel Híbrido e Elétrico – or Electric And Hybrid Auto Show, in English. It happened in Porto from October 18 up to October 20 and had more than 16,000 visitors. The pictures in the first gallery show some crowded parts when I visited it on a rainy Saturday afternoon. Mostly at the Tesla stand. I seized the chance to check if the Model 3 exposed there had the A-pillar issue. It did, and it was very evident. You'll also find in the gallery a red one, presented at Tesla's showroom in Vila Nova de Gaia. It was also affected.

If you consider Porto has a little more than 200,000 inhabitants, it was like having 8 percent of those people checking electric cars in just three days. I have already mentioned the Portuguese know the advantages EVs present. Some just do not have them due to the issues involved.

I have also written about the €30,000 battery replacement for the Nissan Leaf and the €23,335.53 pack for the Peugeot iOn. This sort of thing makes people that do not have that much to spare worry if they might get stranded even if they save in daily use. That is just an example of how much the Portuguese are swimming against the current. Ironically, towards the alternate current, mostly: there are no fast chargers here, such as Ionity.

That is what led the guys from Watts On Wheels to concentrate on Tesla vehicles for the time being. Even Tesla Superchargers are still not enough. Although Portugal is a small country, there are only seven Supercharger stations available. Tesla says it will open five more. As strange as it may sound, Porto and Lisbon are among these five new locations. None of the two most important cities in the country can supercharge their many Tesla vehicles.

The cherry on the cake is that Portugal is a place with strong tourism dependency. Even so, EV owners that come from other countries driving have to have a Portuguese card to be able to charge here. If they don’t, they’ll have to rely solely on hotel chargers or the goodwill of relatives or friends with a spare plug for them to get some juice.

Inconsiderate fellow EV owners, a government that does not help that much, a lackluster infrastructure, and all other sorts of difficulties are what is making the adoption of EVs in Portugal less vigorous than it could be. People want them but cannot securely have them.

I am talking about Portugal here, but similar problems may also affect you wherever you live. Perhaps not in the US, but in other European, Asian, and Latin American states, that is almost a given.

Getting back to my situation, I will probably have to buy a PHEV. Something that I can charge yet can also rely on gasoline to get it running in an emergency. If I ever manage to put a charging point in my garage, mind you. I’ll keep you posted.