Tesla Buying Guide: Which Tesla Should You Choose? 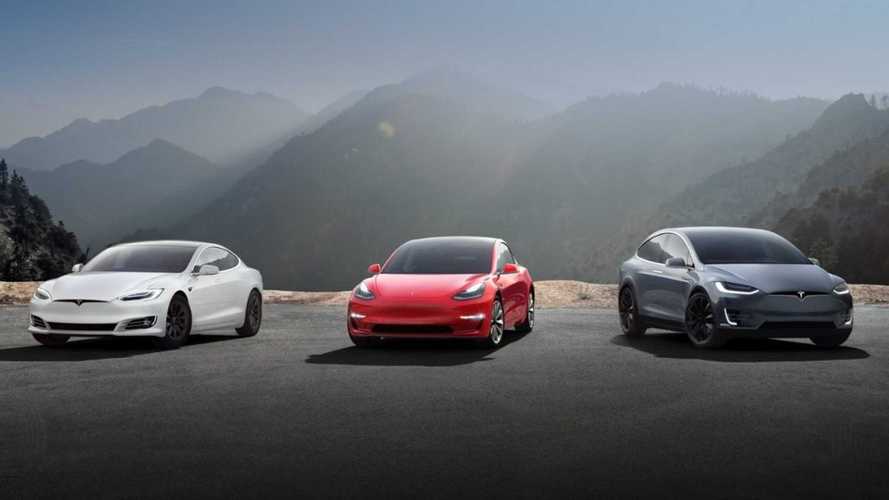 It's not easy to decide. Hopefully, we can help.

Tesla long ago grew out of the early-adopter market. By some estimates, Model 3 is now the best-selling luxury vehicle in the US. Tesla sold an estimated 140,000 units in 2018, and around 46,000 in the first five months of 2019 (as reported by InsideEVs). As Teslas and other electric vehicles penetrate further into the mainstream, we’re seeing more and more reviews and articles aimed at consumers who are unfamiliar with EVs - which is to say, the vast majority of drivers.

Today The Federal Tax Credit For Tesla Decreased To $1,875
⠀

Today Is Tesla's 16-Year Anniversary: Let's Take A Look Back

From left to right: A look at Tesla's production vehicles on the road today - Model X, Model 3, and Model S (Image: Tesla)

Nick Miotke, writing in CNET’s Roadshow, offers up an overview and comparison of Tesla’s three available models, together with a few tidbits of company history, aimed at the electro-curious.

Model 3 is Tesla’s cheapest and most popular model. But should you buy the Standard Range Plus, which delivers a 240-mile range and a 0-60 mph time of 5.3 seconds for just under $40,000? Or drop an additional 10 grand for the Model 3 Long Range, which offers 310 miles of range, slightly zippier performance, and dual-motor, all-wheel drive? (The cheapest variant is actually now the $35,400 Standard Range, which is available by special order.)

“In my reviews, I typically recommend that people try to add as many options as possible, but my approach with the Model 3 is a little more conservative,” writes Miotke. “I think 240 miles of range is good enough for most people, so I’d start with the Standard Range Plus car.” Unless you live in a wintry locale, in which case you should definitely opt for the AWD-equipped Long Range model.

All Model 3 trims come with the basic Autopilot safety features. However, Miotke recommends spending another $6,000 for Tesla’s Full Self-Driving Capability (FSD), which includes Navigate on Autopilot, Automated Parallel Parking and Summon - the latter enables your Tesla to come and find you in the parking lot, a handy feature in unpleasant weather (or if you forget where you parked).

Miotke’s also a fan of the 19-inch Sport wheels, which add $1,500 to the price. His dream Model 3 still comes out under $50,000, which sounds pretty darn good compared to other compact luxury sedans from Audi, BMW, Lexus and Mercedes.

The Tesla Model S is now something of an elder statesman. It’s been updated a few times since its 2012 arrival on the market (to say nothing of the many new features that have been enabled by software updates. However, Miotke feels that the flagship sedan is “overdue for a complete redesign” (a sentiment shared by a few other automotive writers).

As Miotke points out, Tesla has gradually phased out the lower-cost variants of Model S, so it dwells in quite a different price class from Model 3. Two things the old soldier still has over the young upstart: much more cargo space, and the longest range of any EV on the market. It’s also loaded with features.

“If I was moderately conservative with the Model 3, I am much more penny-pinching with the Model S,” writes Miotke, “but that’s really because the $79,000 base sedan offers most of what the average premium EV buyer needs.” Adding the $6,000 FSD option brings his ideal S to $83,700.

Those who want to get off the road, and are willing to pay for the privilege, can opt for the Tesla Model X, which went on sale in 2015. According to Miotke, “Model X doesn’t offer the same level of light off-roading capability as similar-sized, three-row crossover SUVs.” (Apparently, he hasn’t met this guy, or these crazy characters.)