Ben Sullins has gotten a bad rap from some Tesla fans, but he certainly knows what to look for in a worthy EV.

What in the heck is 'Top Biden.' We're honestly not so sure, but we do know that this unique, virtual Volkswagen ID.4 versus Tesla Model Y comparison is highly entertaining and informative.

If you've been following the segment for years, you likely remember when data guru Ben Sullins arrived on the scene. He was a hardcore Tesla fan who gained huge popularity rather quickly. Since then, Ben has moved along and is no longer focusing his efforts on Tesla alone.

In fact, Sullins has been more than willing to point out Tesla's flaws, which has caused some Tesla fans to discount him and even call him out on social media. Nonetheless, we appreciate his efforts. Moreover, Sullins' years of experience with Tesla's vehicles helps him to have a solid perspective of what a promising EV should (and shouldn't) be.

Fully Charged Show has reached out to Sullins in the past to collaborate on videos. In this video, host Robert Llewellyn talks about the ID.4. He admits to being a huge VW fanboy. He writes:

"Full disclosure up front - Robert is has had a few VWs so it's no surprise that he was looking forward to driving the ID. 4. Yes, it might be large, and no it's not cheap, but its beautifully built, easy, efficient, refined and has an impressive range. But how will it fare in a 'Top Biden' stat off with Ben Sullins' Tesla Model Y over in the US?"

Of course, Robert wants to compare the ID.4 to the Tesla Model Y, since the electric crossovers are similar in so many ways. However, there are currently no Model Y crossovers available in Europe. So, he gets in touch with Ben Sullins to do a virtual comparison.

As you can probably imagine, Robert and Ben turn this into a ton of fun, and it's well worth the time it takes to watch it. Two EV experts in different parts of the world, both avid fans of rival automakers, it doesn't get much better than this.

See These Articles For More About The ID.4 (And Rivals): 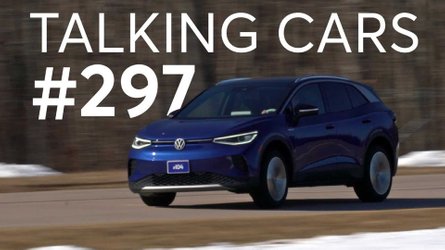 Consumer Reports Doesn't Have Much Good To Say About The VW ID.4
⠀ 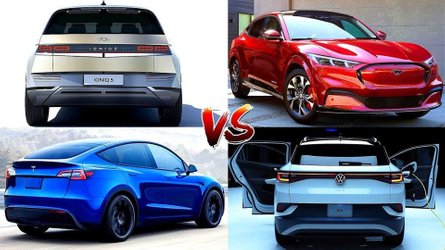 Written words don't do this exchange justice, so we'll leave you to watch it for yourself. Once you've watched, scroll down and leave us your thoughts in the comment section below.