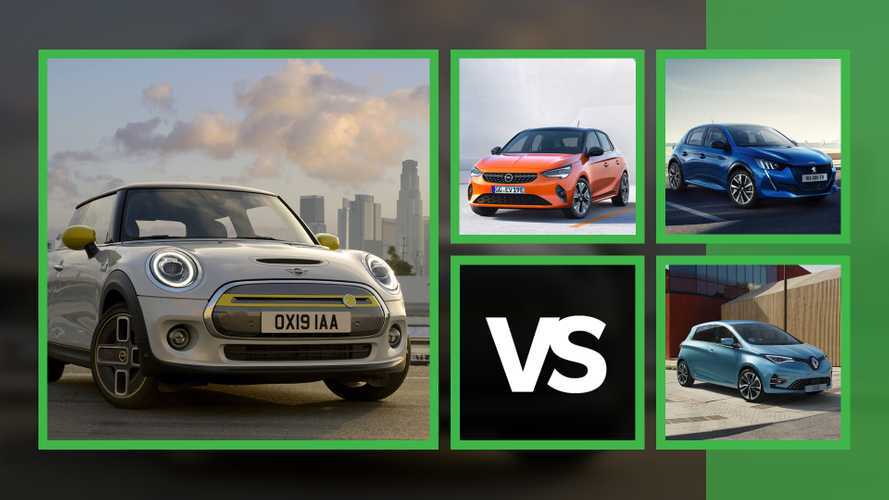 In the EV compact segment, there is more and more competition. Here are the fiercest rivals for the Mini Electric.

Until a few months ago, when it came to electric cars, we could only refer to exclusive and expensive models. Jaguar I-Pace, Tesla Model X and Model S and Audi e-tron, to name a few.

But the times are changing: the offer of electric cars is about to widen (finally) to the compact segment, more accessible by definition, and from next year on, those who decide to switch to electric will have a range of alternatives.

With the presentation of the new battery-powered MINI, the Cooper SE, we take this opportunity to compare how much will arrive on the market between the end of the year and the beginning and 2020 in terms of small EVs. In addition to the Mini, discussed here are the Renault Zoe, Peugeot e-208 and Opel Corsa E.

***Editor's Note: This article comes to us via our sister site InsideEVs Italy. It's been loosely translated here to preserve its style. Check it out on InsideEVs Italy here.

More On The Mini EV

Let's start with the variable that worries you the most when it comes to electric cars: range with a "full" battery. The latest addition, the MINI Cooper SE, is the one that goes the shortest distance, so much so that it was positioned as an electric city car. Equipped with just a 32.6 kWh battery, it declares a range between 235 and 270 kilometers  (WLTP cycle), based on the set-up (apparently, an optional larger pack will be offered at some later point) chosen by the customer.

Looking at the recharge times, instead, it is possible to notice how the e-208 and Corsa E are able to recharge at up to 100 kW. The Mini Cooper SE and Zoe, on the other hand, do not exceed 50 kW. In times of recharging, it means that the Mini and Zoe need about 30 minutes to recharge enough to cover 150 km, while the Peugeot e-208 and Corsa E need about half of that time.

Looking at the dimensions, moreover, one data point catches the eye. The Mini Cooper SE is definitely shorter than the others. It stops at 3.82 meters where the e-208 reaches 4.05 meters (roughly like the Corsa E, which touches 4.06). The Zoe touches 4.10 meters.

In terms of prices, the Mini Cooper SE starts at 33,900 euros, while for the Peugeot e-208 should be just over 30,000. Of the Corsa and the Zoe, nothing is known yet at the level of prices, but it can be imagined that the former will cost a little less than the e-208, while the latter should have a  base price of less than 30,000 euros.

Let us know in comments which of these slick new EVs you would choose and why.