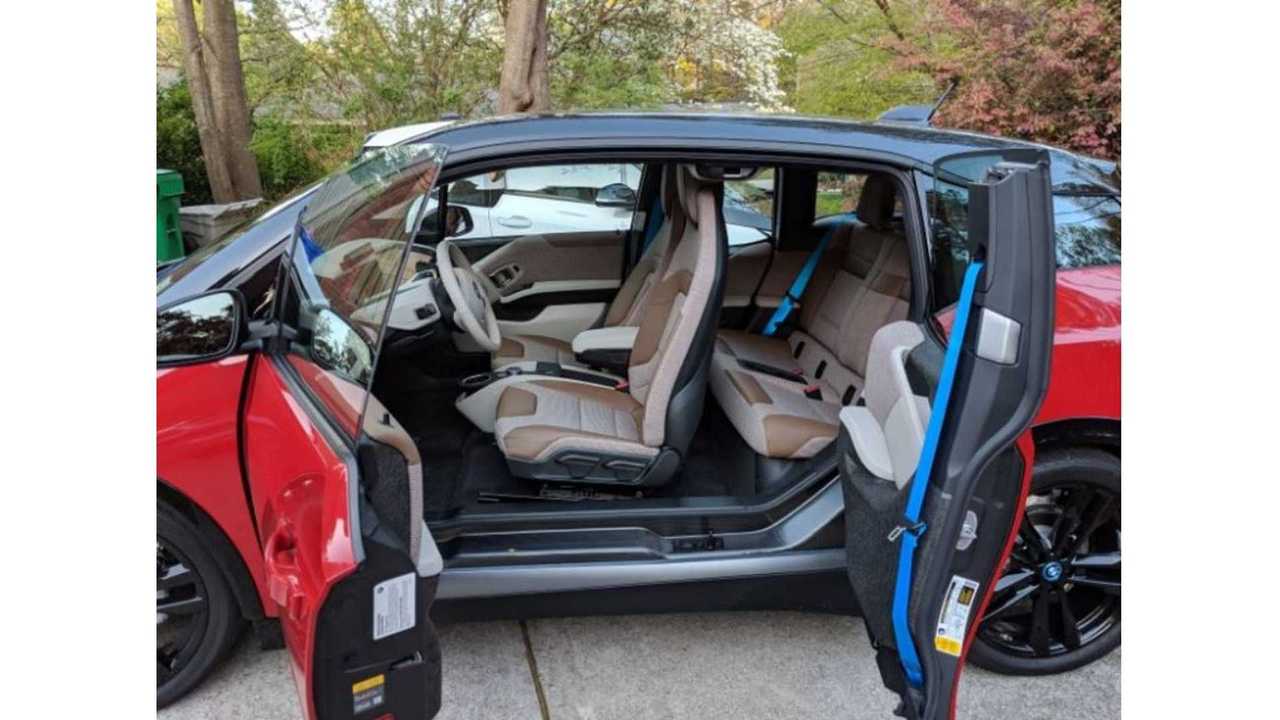 For this Forbes contributor, that was surely not the case. It's not that he had an issue with the BMW i3 REx as a whole, but rather, the entire experience was a disaster. We can only imagine that this could easily be the case for any prospective EV owner, and sadly, it's issues like this that could slow electric car adoption. Forbes writes:

We've test-driven some electric vehicles we liked and even loved, despite our early Leaf experience of 2012. We think others who want electric vehicles should be able to buy them, we would love to see a nationwide infrastructure of working charging stations, and gently make the transition in the next 10-20 years to all-electric, with internal combustion vehicles available to those who want them.

But this electric car brought us heartache instead of joy, inconvenience instead of making life easier, and more than a fair bit of good old aggravation.

So, what in the heck went wrong?

Well, to be fair, let's start with the positives. The BMW i3 accelerates quickly, offers a smooth ride, and its polarizing looks aren't that bad.

Ok, now that we've gotten that out of the way, it's time to share Forbes' disaster. To start, they couldn't charge the car, even after visiting two stations. The journalist explains that the charging stations wouldn't accept the i3s "bar-coded plastic key." He compares and explains:

"Our gas only works in Chevys. Look up on the web where they gas Fords."

Turns out one is supposed to exclusively use ChargePoint.com to find the stations capable of juicing your i3. This we did.

Sadly, the ChargePoint station that the test driver eventually found was out of order. However, it took a phone call to learn that there was actually a problem and it wasn't just operator error. No worries though, the BMW i3 REx has a backup gas range extender. So, they weren't stranded and could continue with their test drive!

Scratch that ... as they started up the first 30-mile incline, the i3 would only hit a top speed of 40 MPH since it's gas engine is not meant for powering the car over long periods. It functions better as a generator and a safety net in case you can't charge right away.

Fortunately, Forbes eventually found a ChargePoint station and chilled for four hours while they waited for the i3 to be ready for its test drive.

It turns out that charging was not the only issue they reported. Believe me, once you're this frustrated and have wasted this much time, everything seems like a problem. Forbes' other concerns are listed below:

BMW did reach out to Forbes after this whole mess. We've included the representative's statement below:

"You can think of the Chargepoint card as an Exxon or Shell card for example that would only work at that brand’s charging station. If you went to another branded EV station you could certainly charge the i3 but would need to pay via credit card or check card just like refueling a normal press vehicle at a gas station. The only charging station you could not get to work at all would be a Tesla station as their plugs only fit their cars." We regret any confusion.

Still, if you understand this EV and the above issues wouldn't turn you away, there are often fantastic deals on new BMW i3 vehicles that knock off as much as $10,000. However, they're dependent on location and affiliation. Additionally, prices on used i3s are very competitive.