Via images of the flagship Tesla sedan's Certificate of Conformity, it will have a tow hitch as standard and a 300 km/h top speed.

The Tesla Model S Plaid has reportedly arrived in Europe, and it seems deliveries have started. This became somewhat clear after new Plaid owners posted various messages and images online. According to Teslarati, Plaid owners in Germany posted images of the Model S' Certificate of Conformity.

A Certificate of Conformity ensures that goods can move across Europe freely. It also has important information about the product. In this case, there are some details about the Euro-spec Model S Plaid that were previously unknown. Assuming it's confirmed that deliveries have actually started and the images are real, we now have information about the Plaid's top speed and towing.

Teslarati found the images of the certificate on a German Tesla forum. The publication credits user s3bbo for posting the images. The owner placed the Model S Plaid order in January 2021 and waited nearly two years to take delivery. We've included the screenshots below: 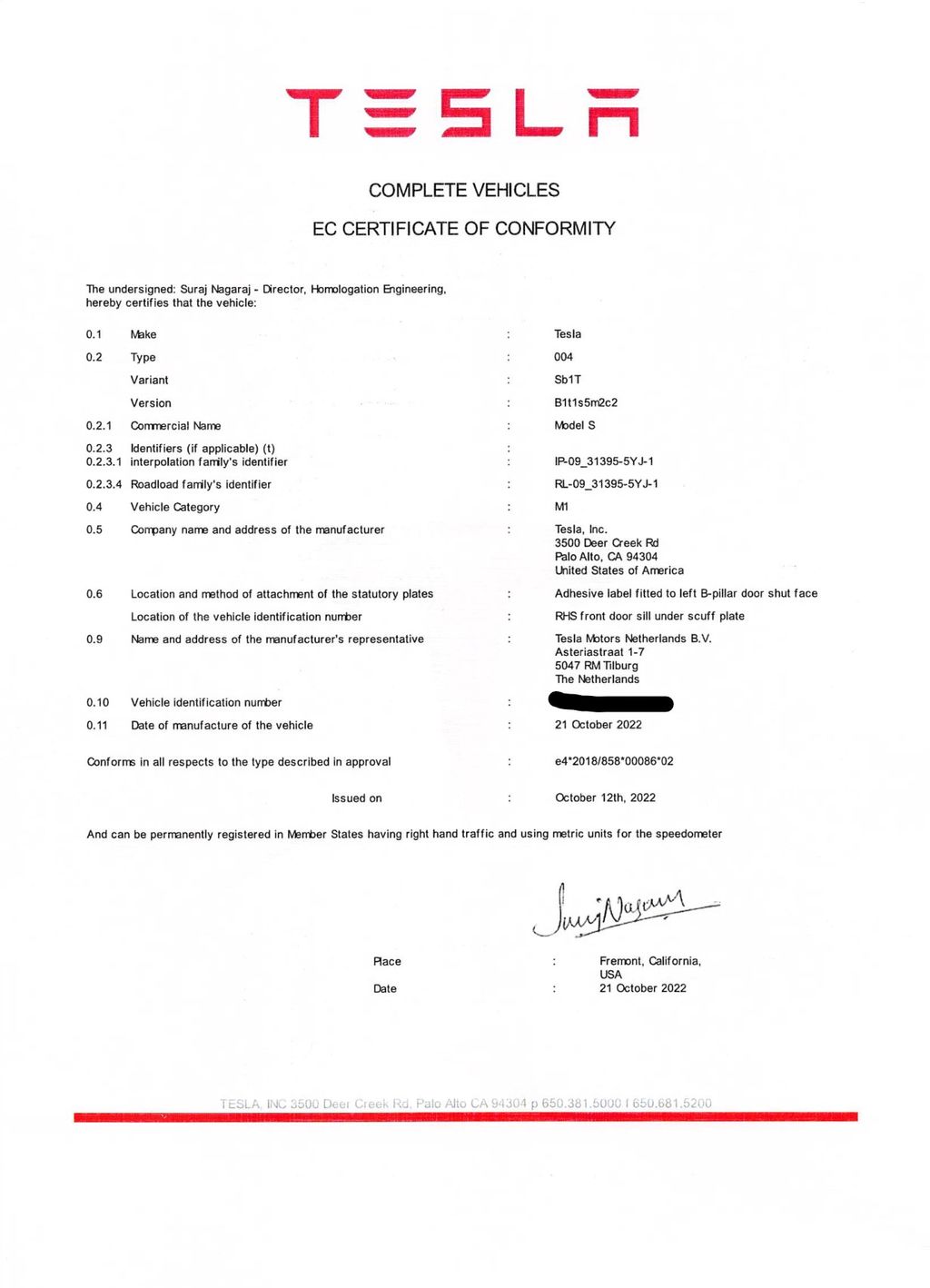 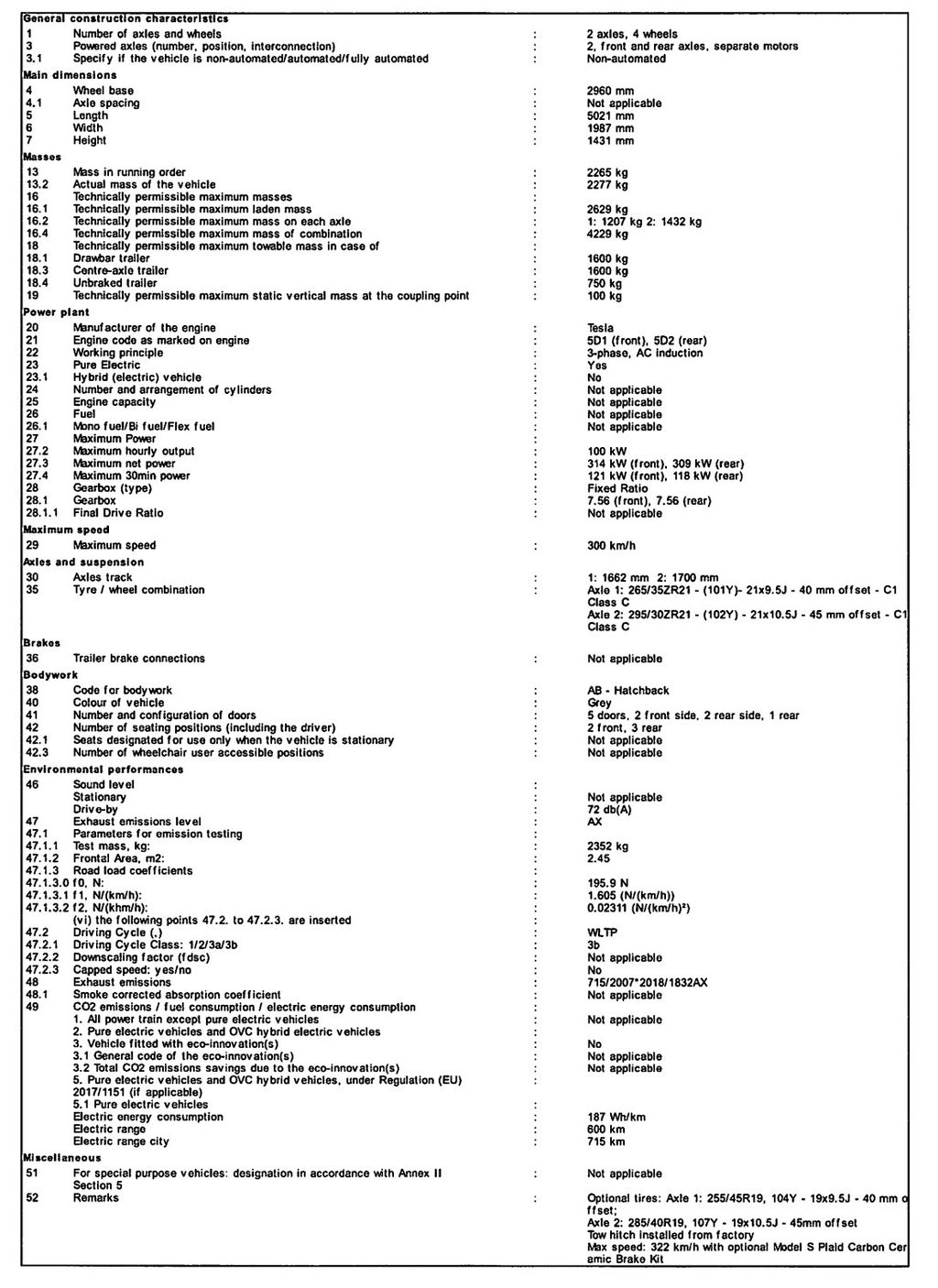 As you can see based on the extensive information on the second page above, the electric flagship sedan's top speed is listed at 300 km/h, which equates to about 186 mph. While the Model S Plaid is listed on Tesla's website with a 200 mph top speed, the automaker hasn't yet provided a software update to take it to that level.

When the Model S Plaid arrived in the US, its top speed was limited to 163 mph. Later, Tesla upped the top speed to 175 mph with an over-the-air software update. The update came after another software release that added Track Mode.

The European document also shows that the maximum top speed of 322 km/h or 200 mph will require the optional Carbon Ceramic Brake Kit. Teslarati notes that the kit is supposed to be available this fall for $20,000.

Check Out These Tesla Stories For Background:

Towing is typically different in Europe than in the US. More specifically, vehicles that aren't officially approved to tow on our shores may be approved overseas. According to the information in the Certificate of Conformity, the Model S Plaid will come standard with a factory tow hitch.

While there is no tow hitch listed for the US version, Teslarati points out that Tesla's online configurator in Europe has shown a tow hitch that's approved to pull some 3,500 pounds.