The first press car simply had a low coolant level, which compromised the fast charging performance.

The BMW i4 M50 is one of the quickest electric cars for long-distance travel, according to Bjørn Nyland's 1,000 km challenge.

The car tested in August noted a time of 9 hours and 40 minutes, despite some battery overheating issues during fast charging.

BMW doubled checked the data and found out that the press car had a low coolant level, which limited DC fast charging power and probably increased the charging time a bit at each stop.

This month, Bjørn Nyland had another opportunity to test the BMW i4 M50 to see whether the car can do better. Well, it potentially can, but the weather is not as good as in the summer, so it's impossible to make a direct comparison.

Nonetheless, at an average temperature of 8°C, the BMW i4 M50 was able to complete the distance of 1,000 km (over 621 miles) in 9 hours and 50 minutes (after some time deductions). There were no overheating issues - on the other hand, it was too cold this time.

The result is just 10 minutes slower than in the summer (26°C) and 20 minutes faster than last February at 5°C.

The new time is slightly worse than before most likely because of the lower temperatures and higher energy consumption.

During the challenge, the car was charged a total of four times along the way (5-6 is a typical number of stops for the challenge). After the initial 323 km (201 miles), the average distance between charging stops was 169 km (105 miles).

In terms of energy consumption, according to the video, the average consumption amounted to 242 Wh/km (389 Wh/mile).

If the result turns out to be lower than 9 hours and 40 minutes in the summertime, it would be among the very few quickest electric cars ever tested. 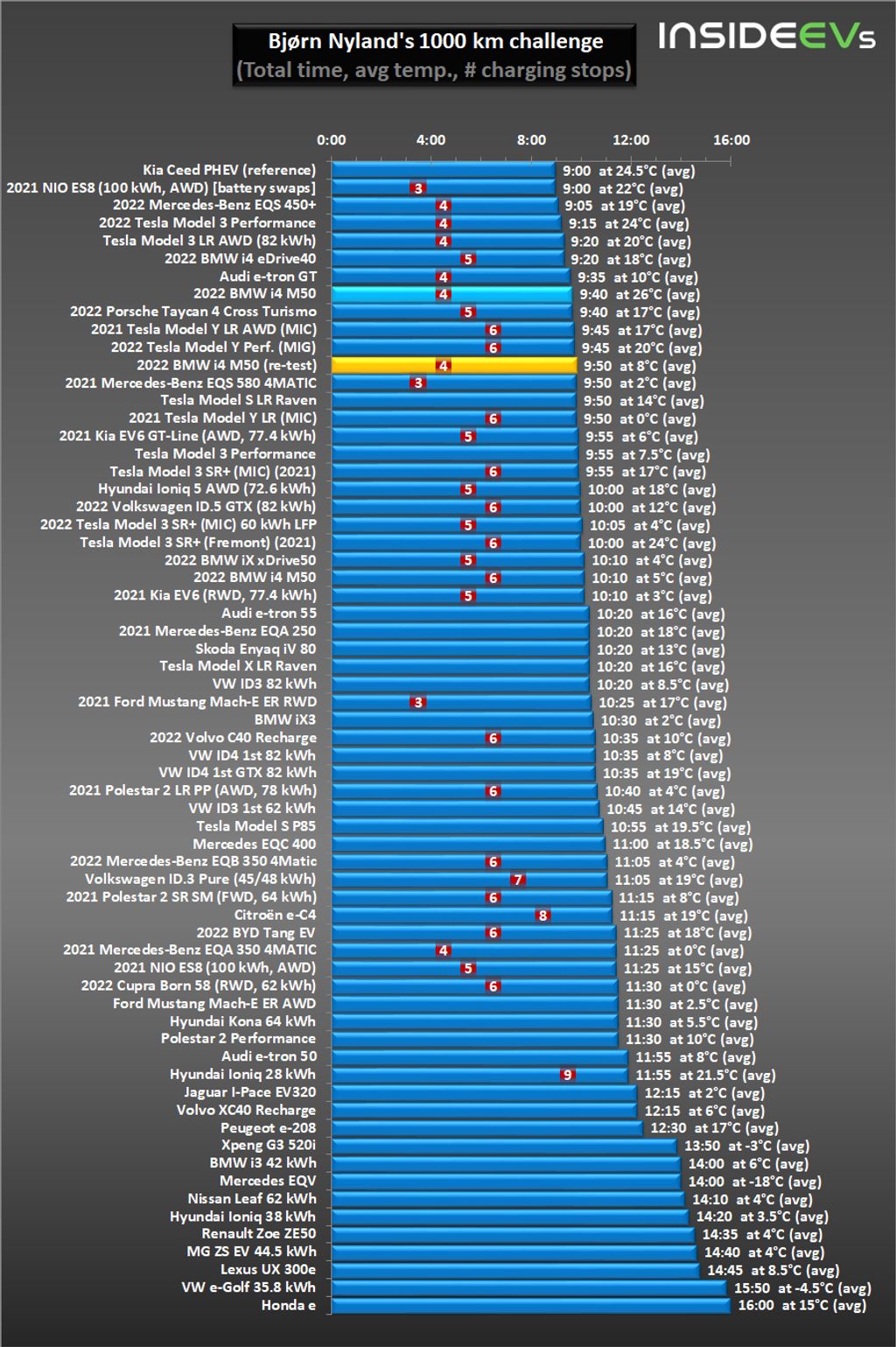 Explanation about the BMW i4 overheating:

US: Tesla CCS Combo 1 Adapter Is Finally Available
⠀ Faraday Future FF 91 EPA-Certified For 381 Miles Of Range
++
Comment!
Got a tip for us? Email: tips@insideevs.com