The Euro version of the Nikola Tre BEV has a quoted range of up to 530 km and there’s also a fuel cell version that goes 800 km.

Nikola has just revealed what it calls the European Beta version of the Tre BEV heavy duty truck and it is also now accepting orders for the vehicle. In the United States Nikola wants to start Tre BEV deliveries in the second half of 2023, while in Europe that will happen in the first half of 2024.

The Nikola Tre for Europe will be built by Iveco in the Italian truck manufacturer’s Ulm, Germany factory. It is based on the Iveco S-Say heavy-duty truck, but it is infused with Nikola’s electric and hydrogen fuel cell powertrain technology.

For the Euro BEV version, battery capacity is rated at 738 kWh, which in Europe is good for around 530 km / 330 miles and it takes 100 minutes to charge from 10 to 80 percent thanks to a peak charging speed of 350 kW. It features a 645 horsepower e-axle specially designed by FTP Industrial for the Nikola Tre.

More powerful versions of the e-axle are available, with the most powerful having 1,140 horsepower and it will be available on the US version of the Tre.

Currently in Europe orders are only open for the European 4x2 Artic version of the truck, but Nikola also revealed the Tre FCEV Artic 6x2 (pictured below), the fuel cell version that delivers a claimed up to 800 km (497 miles) of range on one 70 kilogram tank of hydrogen. It will become available in 2024 as a solution for long-haul trucking needs that the BEV version just can’t match. 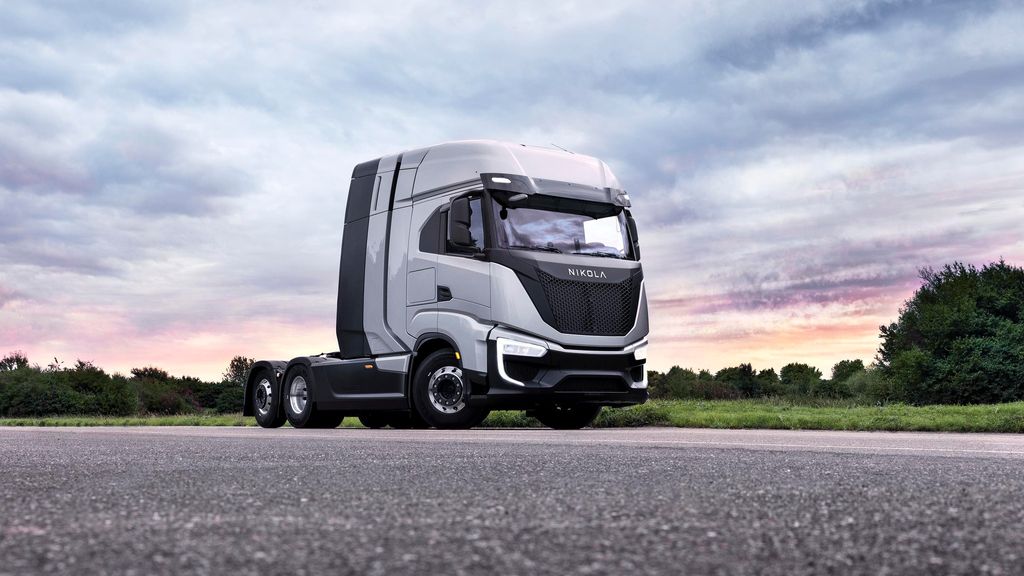 The Nikola Tre battery-electric and fuel cell electric zero-emission trucks are true game changers in commercial trucking. Specifically developed as electric vehicles, they deliver the performance and driving experience able to compete with their diesel-powered peers in the toughest heavy-duty missions. They offer operationally and financially viable zero-emissions solutions for regional applications and long-distance hauling that will give customers a true competitive advantage.

Nikola is also in the process of building the second phase of its manufacturing facility in Coolidge, Arizona. It currently has a reported capacity of 2,500 trucks per year, but once the expansion is complete in 2023, capacity will be upped to 20,000 trucks per year. Pricing has not been announced, but it could be as high as $300,000, although in the US it is eligible for an incentive of up to $150,000, bringing its cost down considerably.

Nikola Q2 Revenue Above Expectations On Delivery Of 48 Tre BEVs
Nikola Tre BEV Eligible For $185,000 Incentive In New York State
++
Comment!
Got a tip for us? Email: tips@insideevs.com