This camper trailer has its own 75 kWh battery pack that you can use to extend your EVs range while towing.

Electric vehicles have more than enough torque to be good at towing, but a big problem is range is dramatically affected when you hook up a trailer. But Colorado Teardrop says it has the answer, with the Boulder camper trailer that actually gets its own built-in battery pack that you can use to charge your EV and thus extend its range.

The concept is pretty simple - you can charge both your electric vehicle and the Boulder camper, drive into the wilderness and then instead of having to rely on a charger to replenish your EV in the middle of nowhere, you can just hook it up to the trailer and it will give you plenty of juice for the return leg of the journey. The Boulder is apparently the first of three range-extending camper trailers currently under development by Colorado Teardrop, and also the smallest. 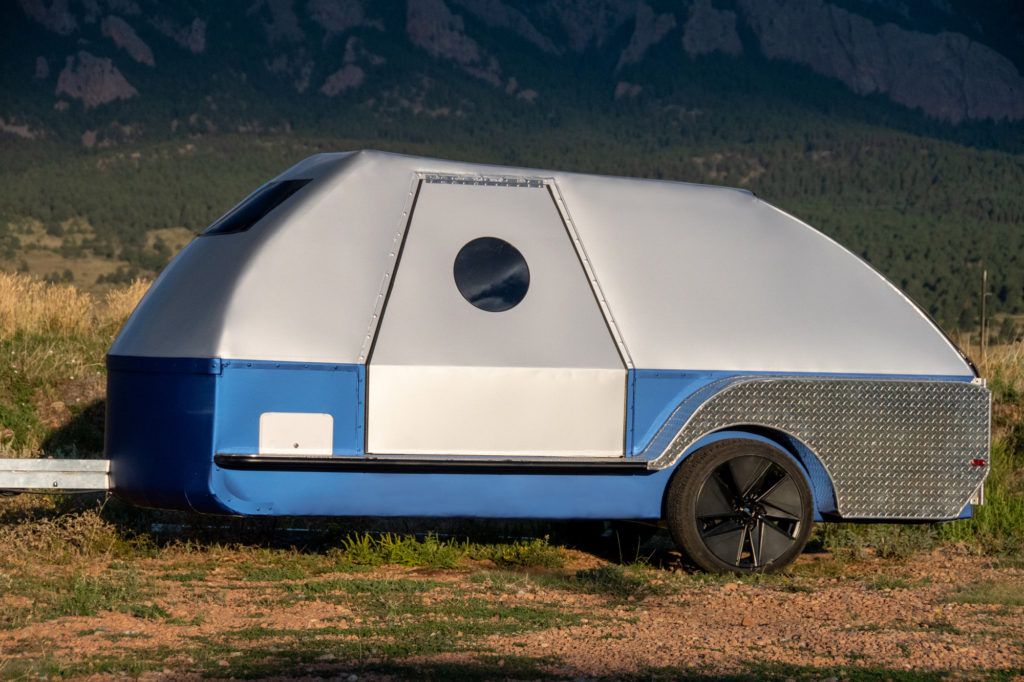 It has a 75 kWh battery pack, but for the larger of the two other trailers, the company is planning to offer a 200 kWh battery, which should allow most EVs to charge several times. It will, of course, have a weight disadvantage, given that you have to carry an additional (heavy) battery pack, but for some people it should still make a lot of sense.

What Colorado Teardrop is advertising is that you can match or even slightly exceed your EVs standard range while towing, plus you get the usual amenities you expect from a camper. The Boulder trailer sleeps two and it features a fixed hard shell that doesn’t allow people to stand up inside, but the other two larger models (called the Golden and the Denver) will get extending roofs that will provide nearly seven feet of headroom inside.

Work on the first Boulder prototype has been completed and you can already reserve yours with the promise that deliveries will begin in the first half of 2023. Its listed price is $55,000, although it looks like you can get it cheaper depending on how and when you choose to buy it (the higher the initial downpayment, the lower the price) - you can check out their site for detailed information and specifications.