Another winning quarter for Tesla is in the books.

Tesla just released its Q2 2022 earnings report and the numbers are impressive. Tesla again turned a profit, which makes that eleven quarters in a row in which Tesla has reported a profit. And once again, Tesla beat expectations, but not by much.

The main financial details from the Q2 2022 report are as follows: 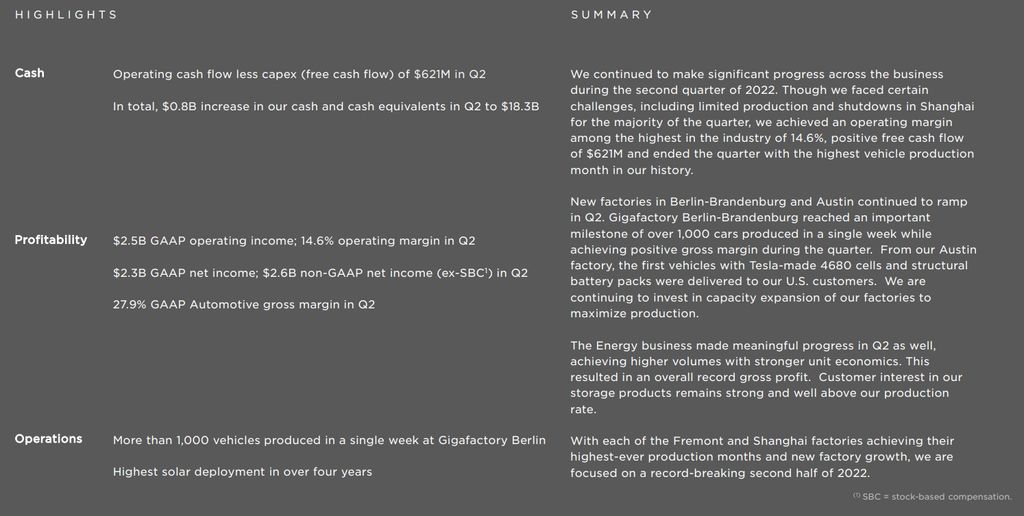 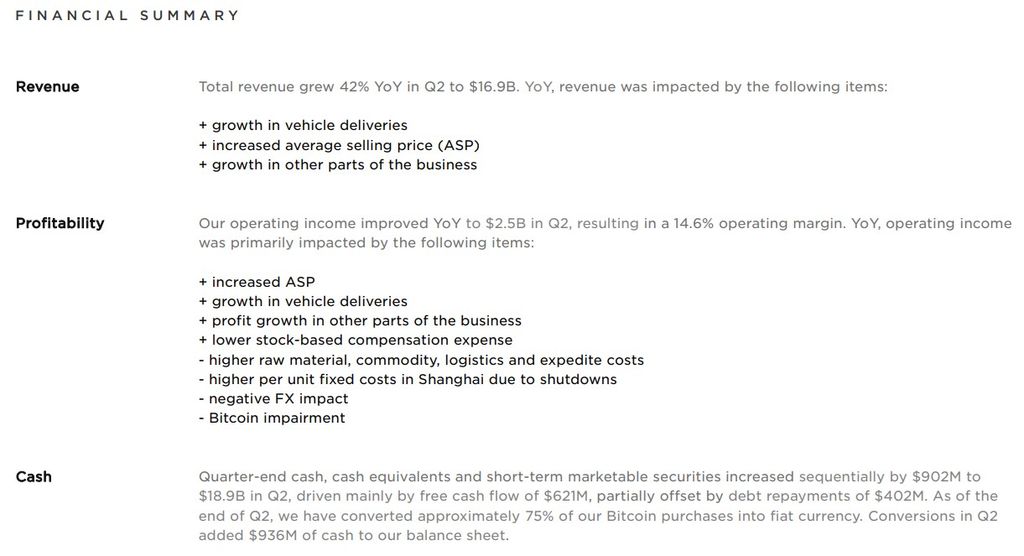 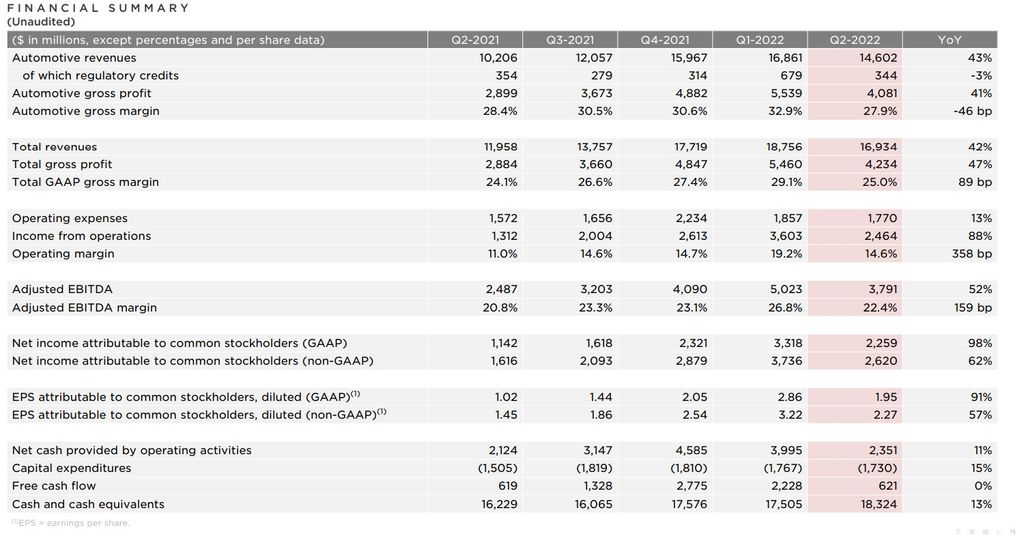 In Q2, we achieved record production rates across the company. However, we saw a continuation of manufacturing challenges related to shutdowns, global supply chain disruptions, labor shortages and logistics and other complications, which limited our ability to consistently run our factories at full capacity.