According to the Bloomberg Intelligence report, Tesla will keep its position for another 18 months.

There’s a new report out by research company Bloomberg Intelligence and it predicts a major reshuffling at the top of the EV manufacturer pyramid. It suggests that current global leader Tesla will not keep its crown for long and that it will be overtaken by Volkswagen in around 18 months.

The report points to the fact that the Volkswagen group already sells more electric cars in Europe (310,000 vehicles sold in 2021 versus Tesla’s under 170,000, although the latter is an unofficial figure published by Jato Dynamics) and last year it recorded a doubling of the number of EVs sold compared to 2020. VW’s EV presence in the US is still relatively small, though, 37,200 vehicles sold in 2021 (marking a tripling of 2020 sales), but the manufacturer has plans to become more popular here too. 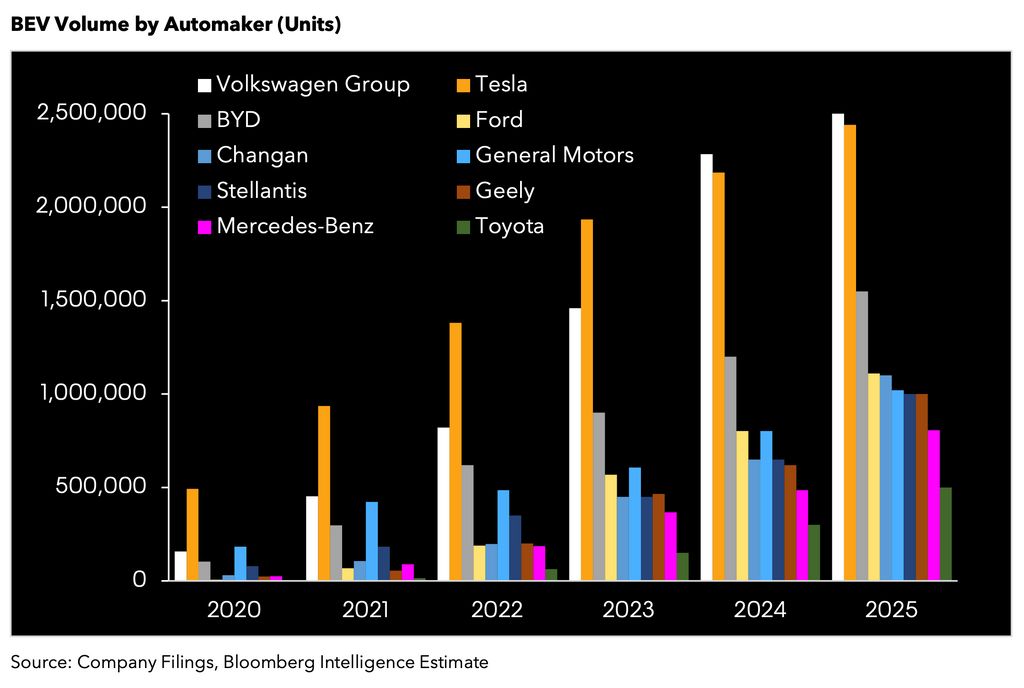 Proof that Volkswagen EVs are indeed very popular is the fact that most models are sold out for 2022, although this may also be in part due to lengthening delivery schedules caused by the many crises currently affecting the world and the entire automotive industry.

Tesla has also posted record sales results for 2021, managing to sell an impressive 936,222 electric cars around the world. This propelled the EV maker up 35 places on the Fortune 500 list thanks to the $50-billion in yearly revenue.

The report expects that electric vehicles’ global market share will rise to 15 percent by 2025 from the 6 percent recorded in 2021. China and Europe will drive this increase, as well as the US but to a lesser extent, since it is only expected to reach 6 percent EV sales mix by the middle of the decade. 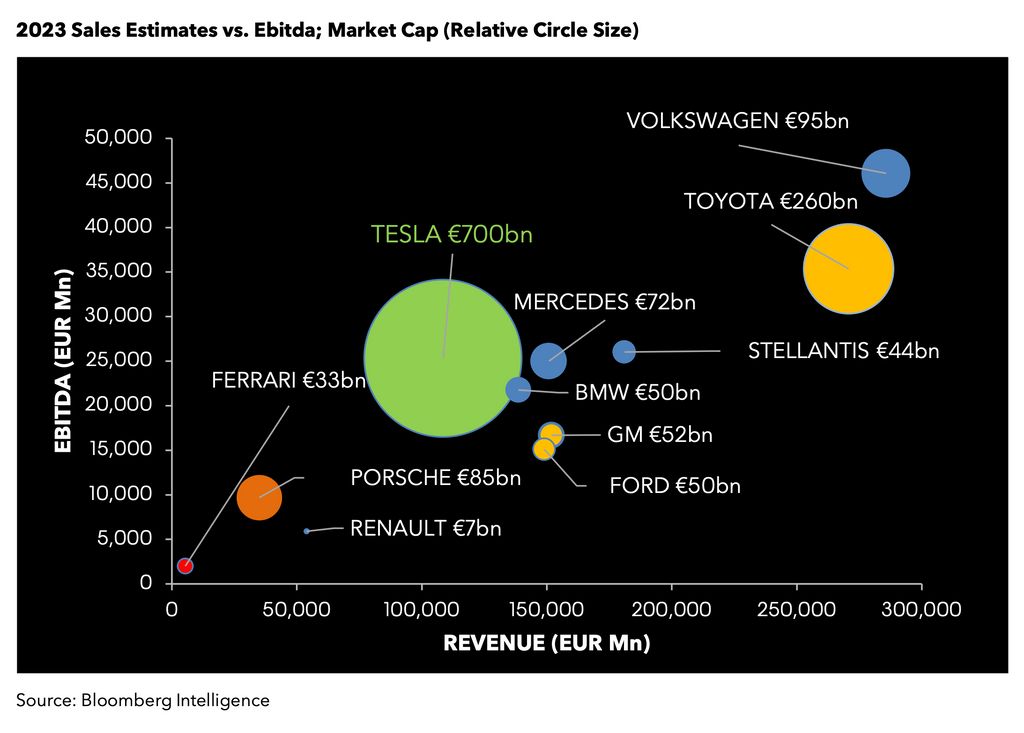 In third place for EV sales in 2025, Bloomberg sees BYD, the current Chinese leader. Interestingly, the prediction is made that BYD will be able to maintain its local lead, but it will be followed closely by Changan and then Geely. Very stern competition will be provided by Dongfeng, as well as the two big EV startups from China, Nio and Xpeng.

In Ford’s case, the report presents an optimistic view pointing to the expected success of the F-150 Lightning, which is seen as the first important electric model from a legacy automaker to really help with US EV uptake. So far it’s been mostly Tesla that has dominated the US market, but its position as leader will begin to get challenged more and more traditional automakers, especially after 2025 - 2026.

The entire Bloomberg Intelligence report is available for free download and it contains 33 pages packed with information, although you should always take this kind of information with a grain of salt because it doesn’t really account for unexpected disruptions or breakthroughs, so it’s just a rough estimate based past numbers and current trends.