New passenger car sales in Norway continued to decrease in May, as the number of registrations amounted to 11,537 (down 18% year-over-year).

Plug-in electric cars are also in the red, but mostly because of the plug-in hybrids, because all-electric car sales still maintain last year's level.

What we see in those numbers is the combination of supply constraints, market uncertainty, and in the case of PHEVs, lower incentives.

So far this year, more than 47,000 new passenger plug-ins were registered in Norway.

The most registered model in the month of May was the Volkswagen ID.4 with 915 units, which allowed it to get closer to the Tesla Model Y in the year-to-date race. Tesla had another slower month, with only 229 registrations (224 Model Y), mostly due to disrupted production in China.

Interestingly, the second most registered model was the BMW iX (487), followed by the Polestar 2 (474).

Overall, the Norwegian market is pretty interesting and unique with a dominant position of BEV models - mostly crossover/SUV segment and premium models at the top. 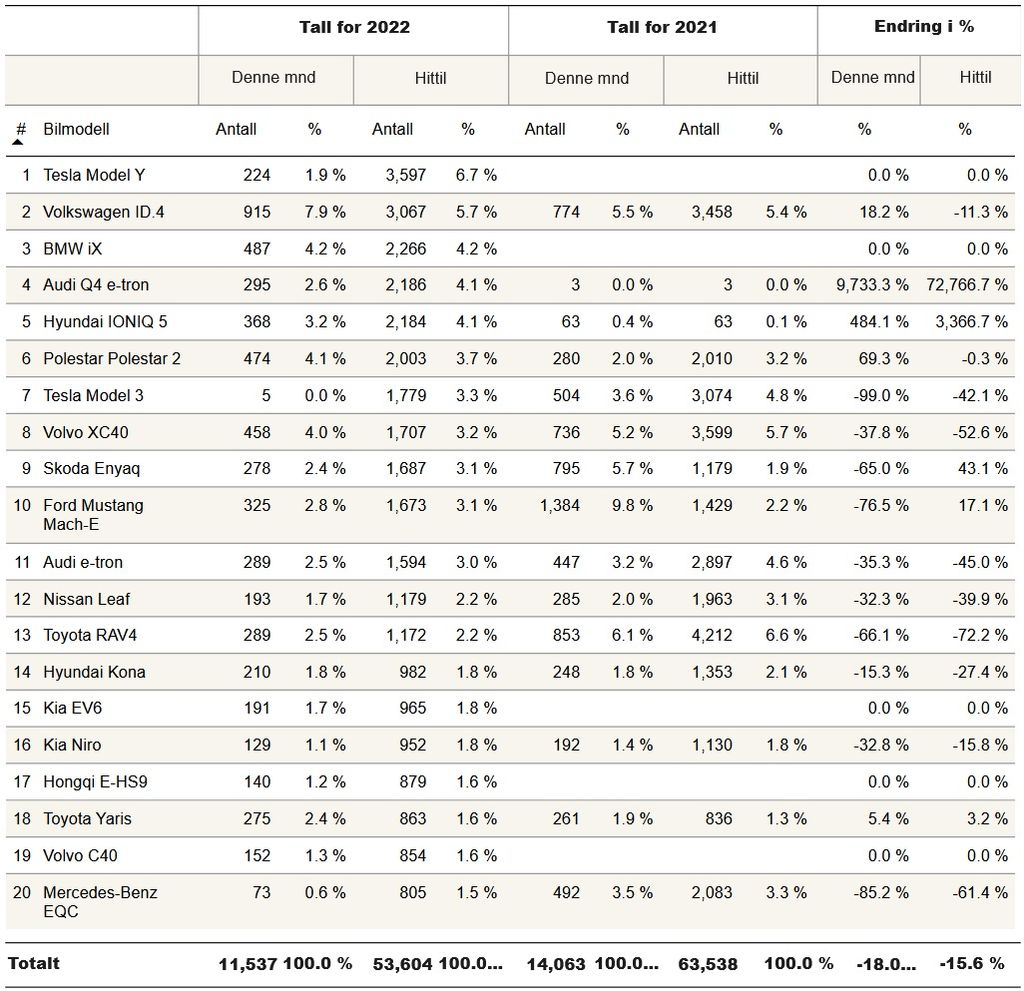