These EVs Are Cheaper To Own Than Gas Cars Off The Lot: Study

We've been saying for years EVs are cheaper to own over time, but a new study says the real-world situation is better in many cases.

We continue to tell you day in and day out that even though electric cars have higher upfront costs, you will save money over a gas car in the long run. This is essentially due to savings on fuel costs and maintenance, and it has proven true in most cases. However, a new study suggests that it's actually cheaper to own an electric version of a car than the gas-powered version starting with the first monthly payment.

The study, which was covered by Electrek, was Energy Innovation's analysis of electric vehicle versus gas vehicle costs in every US state. It factors in a car's financing costs (monthly car payment), fuel, maintenance, insurance, and other fees EV, and even includes EV tax credits and incentives (which is a pro and a con, as we'll clarify later).

Essentially, the study goes beyond the usual 12-month cost of ownership or long-term cost of ownership model. Rather, it breaks down the total monthly costs over a six-year financing term to determine how much it costs per month to own an EV compared to a comparable gas car.

The interesting part of the study is which vehicles were chosen. In almost every case, instead of choosing purpose-built electric cars versus similar gas cars, it chose models that are available with both gas and electric powertrains.

The likely reasoning behind this decision should make sense, it creates a very even comparison. However, just keep in mind that if the study was using EVs like the Tesla Model Y and Kia EV6, or Chevrolet Bolt, the results could differ, and we can't speculate as to how.

We can say that the $7,500 federal EV tax credit makes a big difference here. The results may differ for EVs that are no longer eligible for the credit, and many shoppers are simply unable to take advantage of the credit in the first place. Lastly, there's no guarantee that the tax credit will remain in place going forward.

At any rate, the models used for the study are as follows, according to Electrek:

As you can see, in every comparison aside from the Leaf, and some may argue the Lightning, the competing cars are basically the same car with a different powertrain. That said, the different versions of the vehicles also have different standard feature sets and extras, so they're still not exactly the same. Keep in mind, all the above EVs are eligible for the $7,500 tax credit, and it was factored into the results.

Comparing the costs of these competing gas and electric cars proved that for most of the models in most states, the EV was cheaper on a month-to-month basis. Moreover, all the electric vehicles were found to be cheaper than their gas-powered counterparts in their total cost of ownership. These points are illustrated in the charts below: 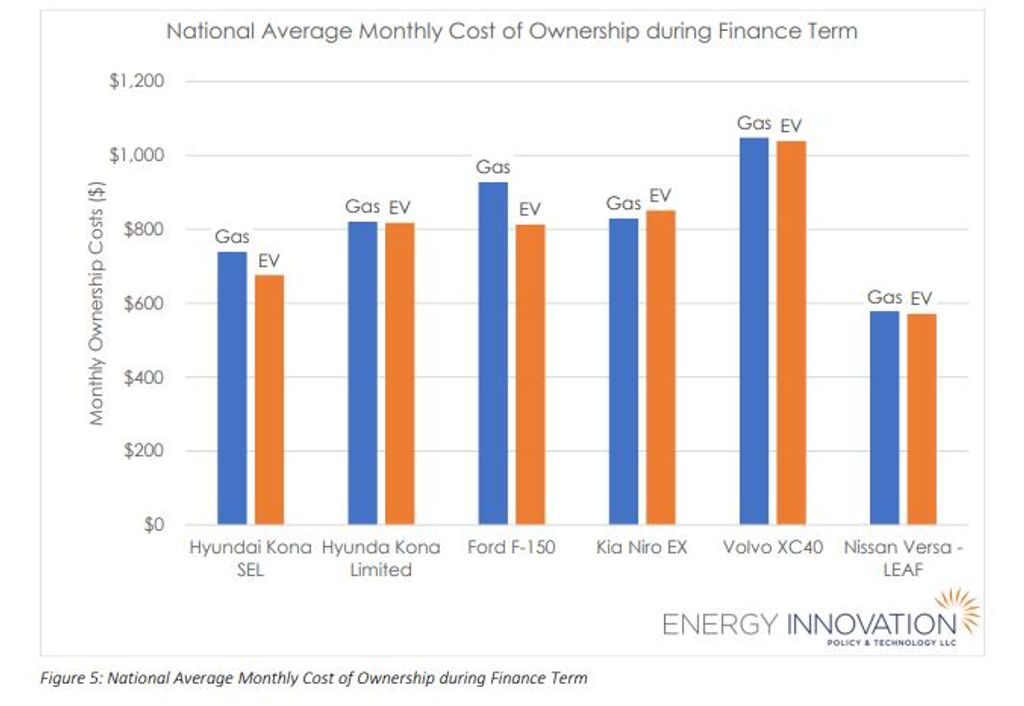 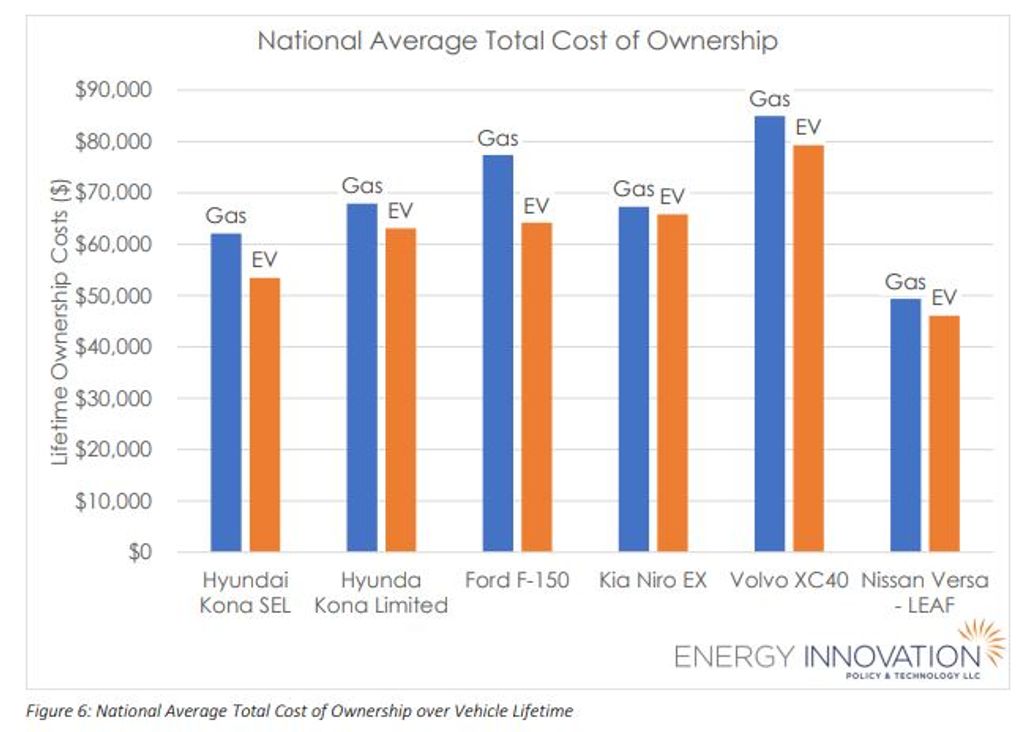 If you're interested in diving into the study for all the specific details, follow the link below.