The hydrogen specialist has been collaborating with Walmart since 2012 and now it is deepening its ties.

Walmart has been running hydrogen fuel cell forklifts since 2012, when it signed a deal with Plug Power, and now it has some 9,500 of them operational across many of its facilities. Now the two companies have signed a new agreement through which Plug Power will supply green hydrogen to keep powering these FCV lift trucks.

The deal will see the fuel cell and hydrogen specialist provide up to 20 tons of liquid green hydrogen per day. They call it green hydrogen because it is produced with no carbon emissions - Plug Power wants to fully switch to water electrolysis powered by electricity from renewable sources.

What is impressive about this new deal is that Plug Power has committed to delivering zero-carbon hydrogen to Walmart. Back in December of 2021, it signed a similar deal for 10 tons of green hydrogen per day with Certarus, a Canadian compressed natural gas (CNG) supply company.

Plug Power says it wants 50 percent of the hydrogen it produces and uses to come from green sources by 2024.

Electrolysis is not the most common way to get hydrogen, though. The process known as thermal reforming of hydrocarbon feedstocks is most widespread and it involves the steam-methane reforming of natural gas at high temperatures and high pressures; in the future, the goal is to upgrade this method to use gas generated through lower carbon means and thus make it greener.

Walmart is not Plug Power’s only large, high profile client. It is even working directly with an automaker, Stellantis, but also with Amazon and HomeDepot. Its next move is to expand from just offering FCV forklifts to a wider assortment of vehicles, including some for heavy duty applications.

For instance, last year it entered a $1.6-billion joint venture deal with South Korea’s SK Group to provide its ProGen fuel cell technology to power city buses in the country. The first ones are scheduled to enter service by the middle of 2023.

Plug Power is also looking at expanding more in the US, as well as in Europe, where it it is part of another 50/50 joint venture with Spain’s Acciona Energia. It also wants to make FCV vans based on the Renault Master (through another joint venture with Renault called Hyvia) and wants to work towards expanding the hydrogen fuel station infrastructure on the continent. 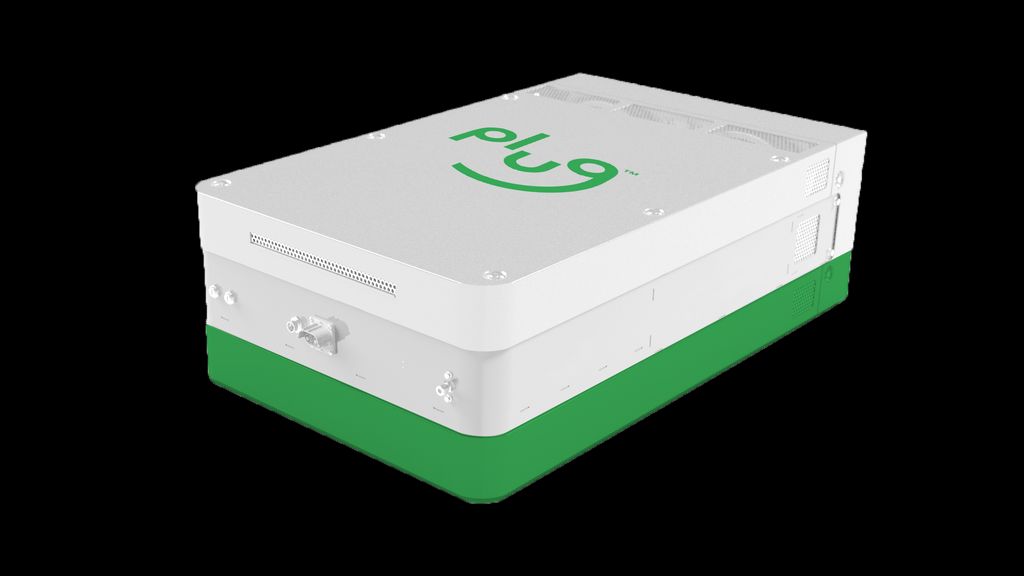 Andy Marsh, the CEO of Plug Power, gave an interview to Yahoo Finance. In the video, embedded at the start of this article, he describes his company’s plan to create what he calls the first green hydrogen network with both Walmart and Amazon. In the official press release announcing the new Walmart deal, Marsh explains that

Walmart has been an early adopter of innovative hydrogen and fuel cell technology for over a decade, and our hydrogen-powered solutions offer a tool to enhance productivity improvements for Walmart’s operations. Now our green hydrogen solutions will provide Walmart with the ability to achieve significant carbon reduction. We are honored to expand our relationship with Walmart and realize our shared vision for a green hydrogen future.

⠀ Fuel Cell BMW iX5 Hydrogen Goes Sideways In The Arctic
Is There A Future In Hydrogen?