Hyundai Confirms Genesis Electrified GV70 Will Be Built In The US

The first electrified vehicle made at Hyundai's US plant in Montgomery, Alabama, will be the Santa Fe Hybrid starting in October 2022.

Hyundai Motor Group, the parent company of Hyundai, Kia and Genesis, has announced plans to start building electric vehicles at its factory in Montgomery, Alabama.

The plans are part of Hyundai's previously announced initiative to invest $7.4 billion in the US by 2025 to produce a "suite" of EVs, upgrade plants and develop smart mobility technologies. Hyundai Motor North America CEO Jose Muñoz said at the New York Auto Forum on April 12 that the automaker aims to build the Santa Fe Hybrid and the Genesis Electrified GV70 at its plant in Montgomery, Alabama.

The hybrid version of the Santa Fe will enter production in October 2022 at the plant, joining the Elantra sedan, Santa Fe and Tucson SUVs, and Santa Cruz Sport Adventure Vehicle.

In a first phase, Hyundai plans to invest $300 million to build the Santa Fe Hybrid and Electrified Genesis GV70 at its U.S. manufacturing center. The automaker did not release details about the other EVs that will be made in Alabama. 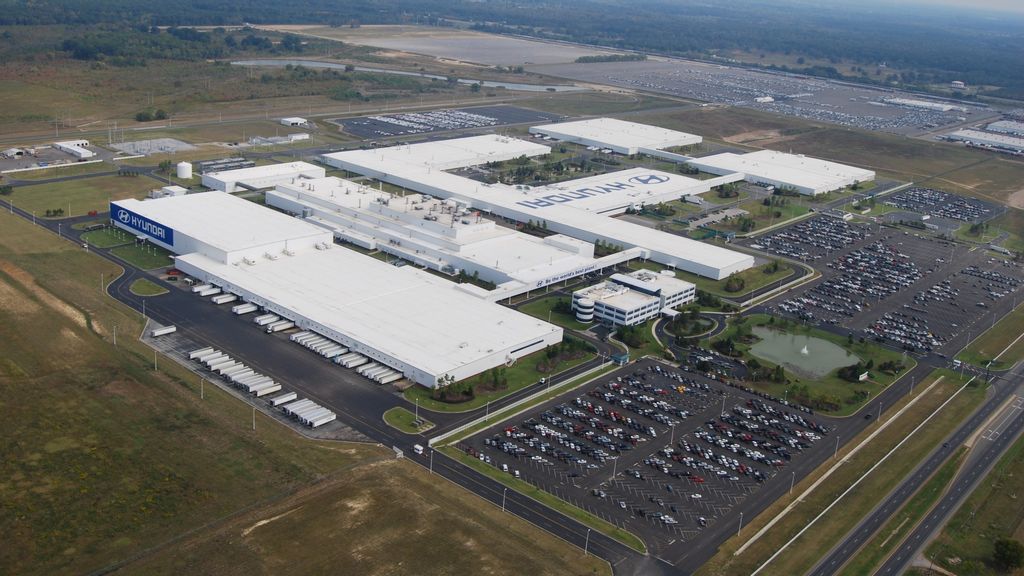