Ford, SK On And Koç Announce Battery JV In Turkey

Today, Ford, SK Innovation's SK On, and Koç Holding announced the signing of a non-binding MOU to create one of Europe’s largest commercial vehicle battery production sites in Turkey.

The plan is to build a new battery gigafactory with an annual manufacturing capacity of about 30-45 GWh, near Ankara, Turkey.

The purpose of the joint venture is to supply batteries for Ford's commercial vehicles, which are expected to be produced in high volume at Ford's facilities in Turkey. Read more about Ford's electrification plan for Europe here. 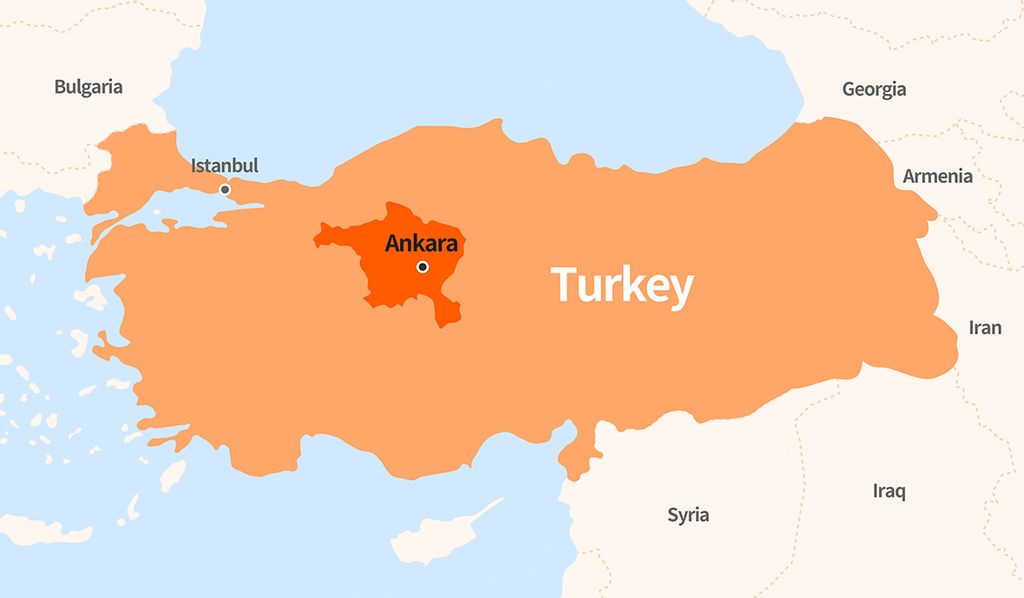 Let's recall that SK On is Ford's main EV battery supplier right now, which provides the NCM9 batteries (that contain 90% nickel) for the Ford F-150 Lightning.

"Ford plans to have 240 GWh of global battery capacity by 2030 and a fair amount of it will come from SK On Ford will source 140 GWh needed in North America from “BlueOval SK”, the joint venture it will form with SK On with plants in Tennessee and Kentucky, that has annual capacity of 129 GWh, and 11 GWh from SK On’s second plant in Georgia.

The remaining 100 GWh will be sourced from Europe and China with 30-45 GWh coming from the new plant of the joint venture between SK On and Koç, which amounts to in total more than 70% (170-185GWh) of Ford’s planned global capacity of 240 GWh."

According to the latest press release, the cumulative orders already reached 1,600 GWh as of the end of 2021, which - considering the current manufacturing capacity - means "years" of production.

"SK On is speeding up establishment of global production bases not only by creating joint ventures with external partners but also by building its own plants. The company is operating plants in Korea (Seosan), the U.S. (Georgia), China (Changzhou and more) and Hungary (Komarom). Its second plant in Yancheng, China and its plant in Ivancsa, Hungary will being their operation before 2025.

SK On aims at growing into a true global battery supplier with total capacity, coming from the joint ventures and its own production bases, of 220 GWh and 500 GWh by 2025 and 2030 respectively."

A new map reveals how big the investments are in more and more new plants: 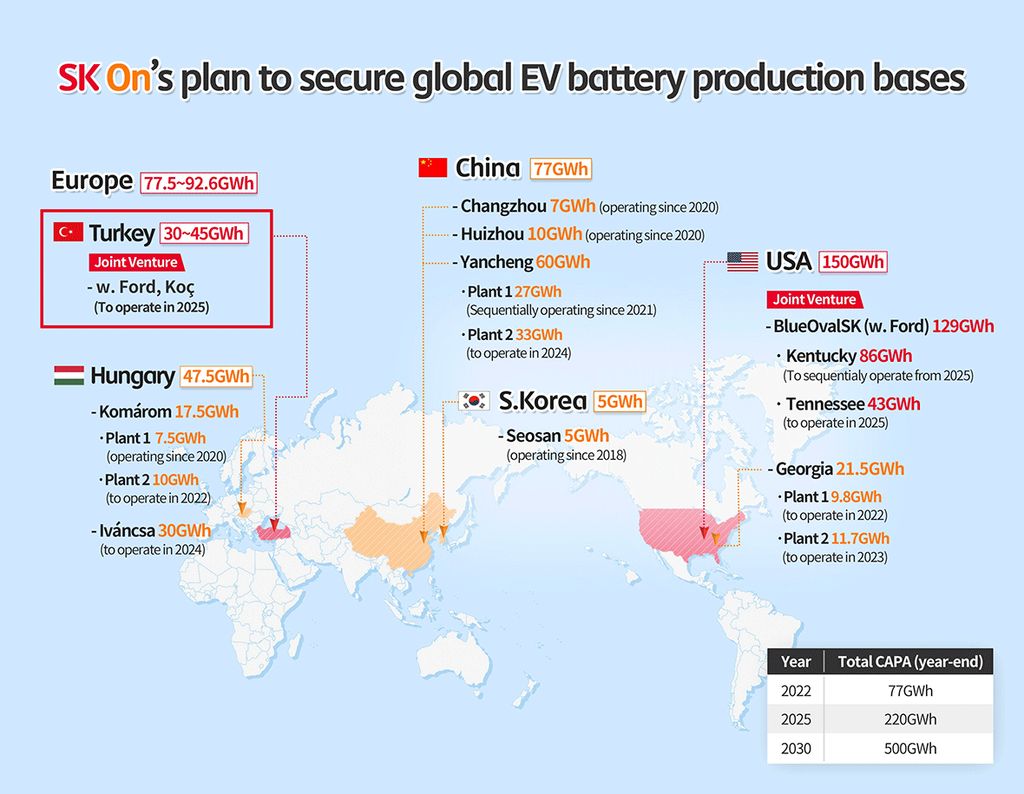 Rumor: Panasonic Plans New Battery Gigafactory In The US
Northvolt Plans 100 GWh/Year Cathode Material Gigafactory In Sweden
By: Mark Kane
++
++
Got a tip for us? Email: tips@insideevs.com