So far, it's the second-fastest 7-seater on long distances.

Thanks to a decent range and good fast charging capability, the Mercedes-Benz EQB 350 4Matic (all-wheel-drive version), achieved a good result for a 7-seater in the long-distance test.

According to the Bjørn Nyland's 1,000 km (621 miles) challenge, the car completed the distance, at an average temperature of 4°C, in 11 hours and 5 minutes (after some time deductions). Potentially, it could've been several minutes faster if the last charging stop was shorter.

It's actually a better result than in the case of the Mercedes-Benz EQA 350 4MATIC (by 20-minutes), but let's notice also the change in the number of charging stops.

During the challenge, the car was charged a total of six times along the way (compared to four in the case of the EQA). It would probably have to drive slower (to lower the energy consumption) if there would be only 4 charging stops.

Anyways, it's a good result for a 7-seat vehicle, second only to the Tesla Model X, but better than the NIO ES8. 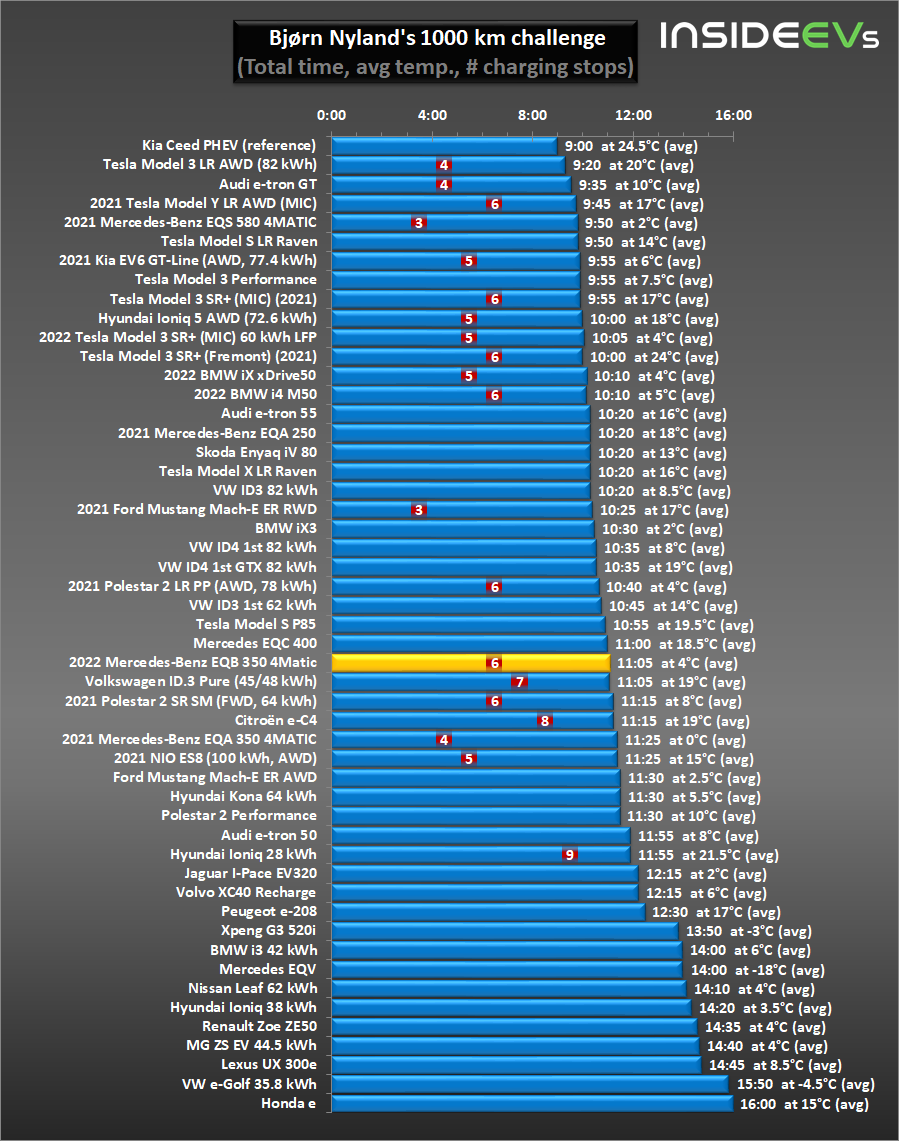