The test was performed by Polydrops using its P17A1 camper designed for electric vehicles.

Polydrops, a Los Angeles-based manufacturer of camper trailers, has publicized the results of a February 1 test consisting of a 55-mile (88-kilometer) roundtrip from Glendale to Santa Clarita, California.

Using a 2018 Tesla Model 3 Long Range Single Motor to tow the EV-optimized Polydrops P17A1 trailer (not yet launched on the market), the test ended with an average energy consumption of 255 Wh/mile or 3.9 miles/kWh at an average speed of 55 mph (88 km/h).

Polydrops says that about 90% of the trip was covered on highways, with the remaining 10% including city driving. The fact that this was an exact roundtrip using the same route back and forth means the 787-foot (240-meter) elevation difference had a negligible effect on the result. Outside temperature was 63 degrees Fahrenheit (17 Celsius).

The Polydrops P17A1 is an evolution of the existing $27,000 P17A and features double battery capacity—4.8 kWh versus 2.4 kWh—to power onboard amenities. Besides the larger battery pack, the P17A1 also has improved aerodynamics with a significantly revised frontal area.

The previous box-shaped air conditioner cowl is now flush with the main body of the trailer and the top edge of the trailer is rounded to reduce the airflow separation.

Polydrops says all of the design changes have been applied not only to reduce air drag as much as possible but also optimize the trailer aerodynamics so that it can roll on 15-inch rims to get enough clearance on dirt roads or easy to moderate off-road trails.

Without naming names, the company says it also tested one of the best aerodynamic teardrop trailers on the market, but the test result was "very disappointing" at 365 Wh/mile (2.7 miles/kWh).

"We generally claim that the teardrop shape is the most aerodynamic shape, and most people speculate that simply tossing that profile at the trailer will make the trailer more aerodynamic. As you can see, this guessing doesn’t work anymore. Aerodynamically, even our 'sharp-edged' or 'stealthy looking' design is better than those teardrop-shaped trailers."

The test was documented in the video above, which shows the entire trip (sped up to fit in three minutes) as seen from the Tesla Model 3's front seats. Unfortunately, the footage does not include shots of the trailer. 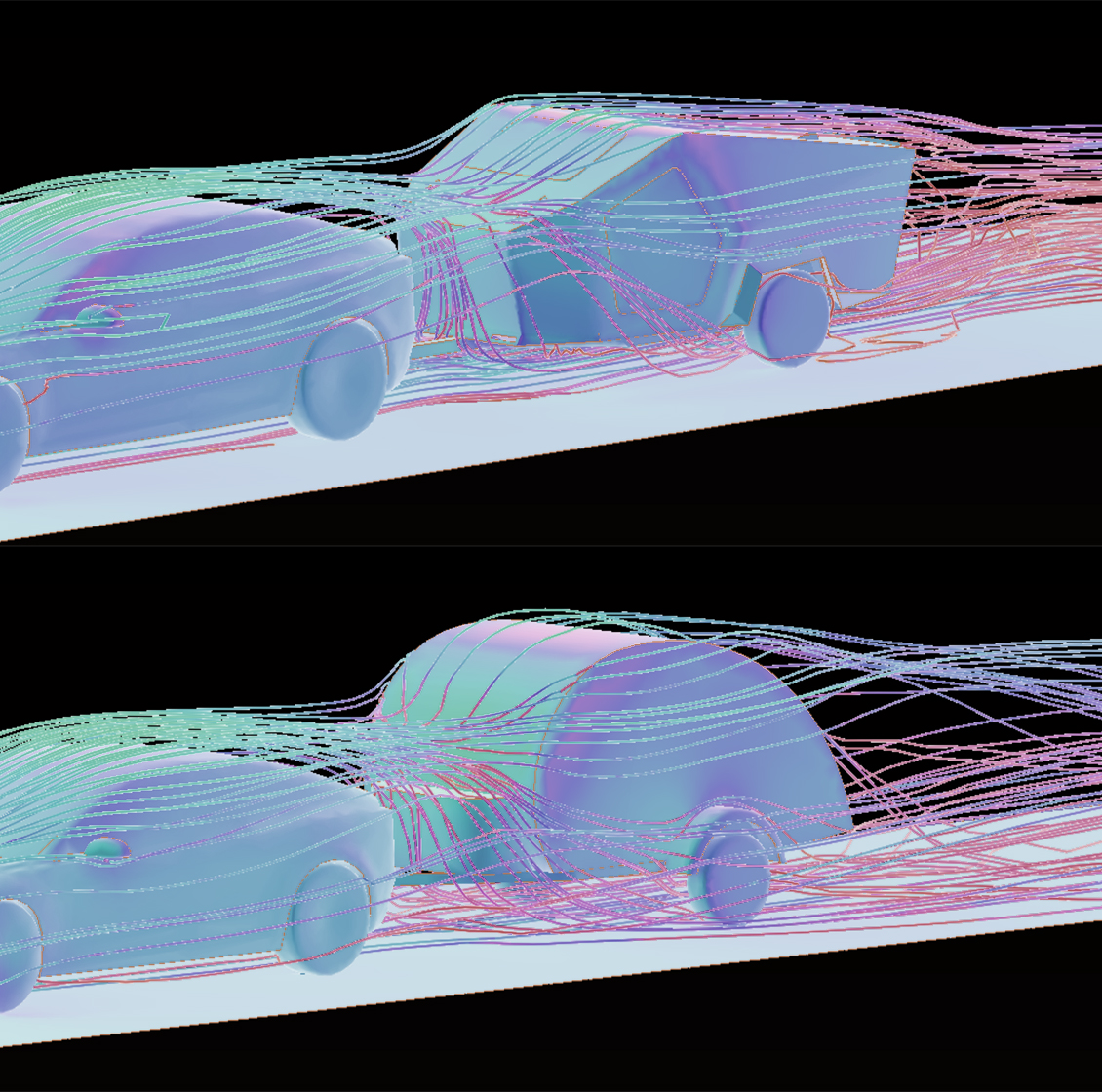 Check out these other campers designed for EVs

⠀ Airstream Looks To The Future With eStream Electric Camper Trailer
⠀ Finally, A Teardrop Camper For EVs With A Giant Battery