Toyota’s First Solid State Battery Will Equip A Hybrid, Not An EV

The next-gen Prius might have a solid state battery.

Even though solid state batteries are seen as technology that could drastically improve today’s fully-electric vehicles, it seems the first vehicles to feature one won’t actually be EVs. This is at least true in Toyota’s case since the manufacturer has now confirmed that its first solid state-equipped vehicles will be hybrids expected to debut in two or three years’ time.

The news comes from Gill Pratt, Toyota’s chief scientist and head of the Toyota Research Institute, who made the announcement during an interview for Autoline. He also mentioned that the manufacturer has made progress with its solid state project and that development is on schedule.

He did not say which hybrid Toyota will get a solid state battery, but he did go on to explain why it won’t immediately offer solid state EVs. The main reason has to do with the size of the battery pack, which for a hybrid vehicle that still has an internal combustion engine, is considerably smaller than what you see in pure EVs.

The cost of solid state batteries will be higher, but if the pack itself is small, then moving to solid state shouldn’t drive up the vehicle’s cost too much. Pratt does acknowledge that this approach may be a little bit unintuitive but the cost problem makes it seem more logical than at first glance.

Currently, solid state batteries are around seven or eight times more expensive than lithium ion, and the cost won’t come down enough by 2025 to make them a viable solution for EVs. Maybe by 2030, if more companies invest more into development and, fingers crossed, some sort of breakthrough. And this breakthrough doesn't have to come from Toyota, and there's a strong chance it won't, because there are plenty of other companies working on this right now. 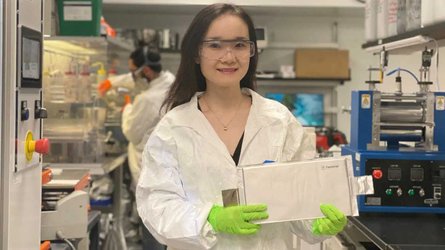 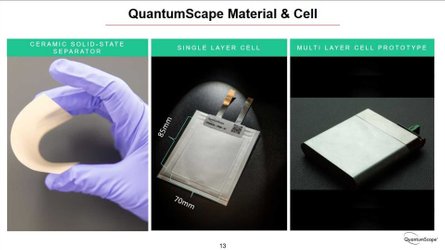 QuantumScape Achieved Solid-State Battery Goal Ahead Of Schedule
By: Andrei Nedelea
++
++
Got a tip for us? Email: tips@insideevs.com