Hyundai has unveiled a second Heritage Series model after the Pony electric restomod presented in April.

This time, Hyundai’s designers and engineers chose the first-generation Grandeur as their canvas. Introduced in 1986, the luxury sedan celebrates its 35th anniversary this year, so now you know why Hyundai has decided to revisit it.

Following eight months of painstaking work, the Heritage Series Grandeur has been unveiled in Korea last week with a retro-futuristic look inside and out and an unspecified all-electric powertrain consisting of a battery and a motor that replace the internal combustion engine.

The project was led by Hyundai Motor’s interior design team, which is only natural because the most important changes made to the car are under the skin.

But first, let’s see what’s new on the outside. While the Grandeur retains its boxy proportions, several details have been refreshed, including the grille, wheels, moldings, and the side-view mirrors. The most obvious change regards the lights, which have received Ioniq 5-like LED pixel-like clusters at both ends.

These exterior upgrades help make the car look more modern, but the core of this project is the cabin. Old and new complement one another harmoniously, with representatives of the former including the single-spoke steering wheel and mechanical gear knob—although both are re-trimmed to fit the rest of the cabin.

As for the modern stuff, the dashboard features an ultra-wide display complemented by a vertical touchscreen at the bottom of the center console. Used to control multimedia, driving modes, and air conditioning, it also has a digital piano function.

Another thing that strikes the eye and is reminiscent of the 1980s is the burgundy velvet upholstery. Velvet was considered a high-quality material when the first Grandeur went on sale, on par with Alcantara and Nappa leather. Speaking of leather, it is applied to the back of the seats, not the front, as well as on the center console and door panels.

The overhead interior lighting is also spectacular thanks to the infinity mirrors that emit bronze-colored light—commonly used in vintage audio gear. The high-end furniture look of the dashboard and center console trim is also worth noting, as is the 18-speaker, 4-way sound system featuring a mid-woofer, a main woofer, mid-range speakers and tweeters.

Hyundai says it won’t stop here with the Heritage Series projects: next in line for a modern makeover is the Galloper SUV.

Check out these other cool electric restomods 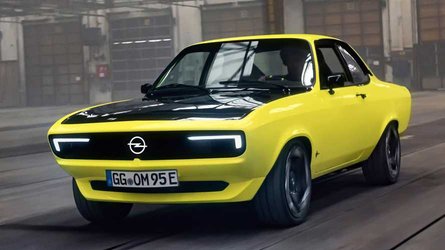 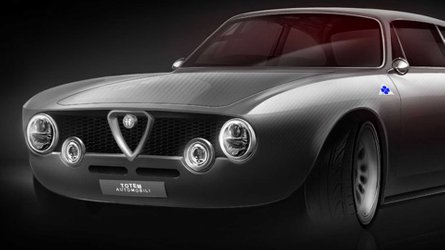 Electric Alfa Romeo GT Junior Restomod Is The Stuff Of EV Dreams
By: Dan Mihalascu
++
++
Got a tip for us? Email: tips@insideevs.com