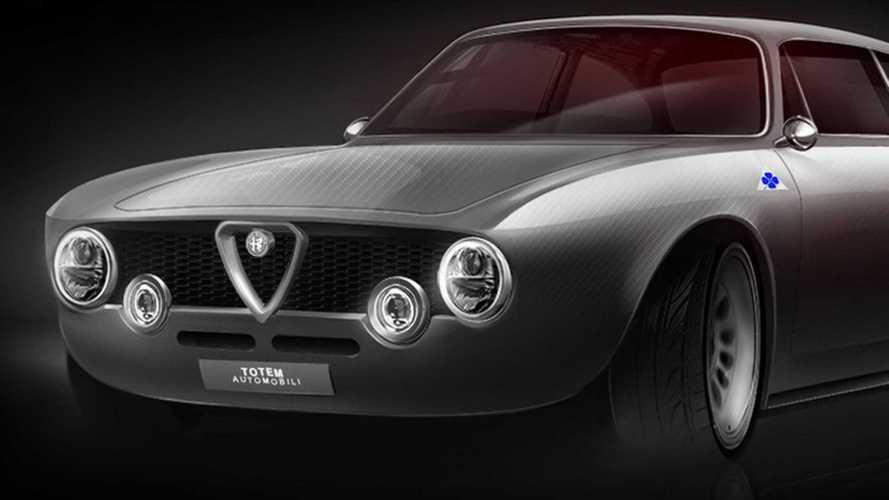 It’s created by Totem Automobili and promises to be amazing.

Alfa Romeo is one of those automakers whose blend of a longstanding tradition, propensity towards making sporty cars and going racing have given it a special status among car lovers. One of their biggest enthusiast-pleasing hits ever is the mid-1960s Alfa Romeo GT Junior (a variant of the two-door Giulia), a fun rear-wheel drive two-door whose driving experience matched its looks.

And even if some of the driver enjoyment and involvement was derived from its selection of peppy four-cylinder engines, the prospect of it being converted into an EV and restomodded is highly enticing. Sure, you lose the raspy exhaust and the enjoyment derived from shifting gears, but you may gain a lot more (performance) in return.

What Totem Automobili is proposing to do with the classic GT Junior is really quite remarkable. Not only does the company want to convert it into an EV, but it wants to completely reengineer most of it.

Watch This Video On Doing Your Own EV Conversion Or Build

The plan is to start with an actual GT Junior, strip it to a bare shell and then build upon that. However, Totem will only use a fraction of the car’s original structure, replacing most of the chassis with its own design, made out of aluminum; this will dramtically improve its stiffness and handling, since it not only comes with better torsional rigidity, but also MacPherson front suspension and multilink rear suspension (complete with Bilstein shocks and springs).

Only parts of original body will be used. The plan is to make all new lightweight body panels fashioned entirely out of carbon fiber (and also possibly leave it bare in order to see its weave pattern); the doors are also custom and made from the same material.

Why go to all this trouble to improve this already fun and great handling package? Well, because Totem Automobili intends to give it 518 horsepower and 940 Nm (692 pound-feet) of torque courtesy of a single electric motor driving the rear wheels. With that kind of shove, its builders expect it to be able to sprint to 100 km/h (62 mph) in 3.4 seconds; they don't mention top speed.

It will draw from a 50.4 kWh battery pack that should bestow it with a range of up to 320 km (200 miles) on a single charge; it will also support fast charging. Its makers also point out that the battery pack itself is remarkably light for its size, weighing in at 350 kg (770 pounds).

Its interior will also be given a makeover to bring it in line with the rest of the upgraded car. It will still retain the traditional style, but it will be extra luxurious and feature more tech than the original ever had (including an infotainment system).

The plan was to unveil the car, which its makers call the Alfa Romeo GTelectric, at the 2020 Goodwood Festival of Speed, but with the current global pandemic situation, whether or not that event is still on remains to be seen. No word on how much the company will charge for one; it certainly won’t be cheap, though.