The top electric brand is still Chinese, though.

Even though China is supposed to be a somewhat conservative People’s Republic, its car buying habits certainly don’t reflect that. Local buyers choose Chinese vehicles usually because they are much cheaper than Western brands’ offerings (and they sometimes look nearly identical), but if they had the money, many would buy a foreign brand.

One recent survey, conducted by Bernstein with a pool of around 1,600 higher-income car buyers (who make the equivalent of around $3,000 per month, whose average age was 32), unsurprisingly found they really like German and Japanese premium car brands, although some still chose domestic names among which BYD was the most popular, followed by Geely.

Half of those asked responded that they would consider buying an electric vehicle as their next car and the study even reveals that Chinese buyers’ intent to buy vehicles from local EV startups such as XPeng or Nio has nearly doubled in 2021 compared to the past few years (helped by the fact that these brands have really made progress and are now making cars).

When it comes to brands that only sell electric cars, BYD cam out on top in the survey, followed by Tesla in second place and Volkswagen in third. BYD is doing very well in the plug-in segment for its home market where the manufacturer sold some 70,000 PHEVs and pure EVs in September alone, an inrcease of 276 percent year-over year.

BYD is also the Chinese automaker whose expansion outside of China has been the quickest - it even shipped its first 1,000 EVs to Europe (more specifically Norway) and it wants to expand into other markets such as the US and Canada in the next few years.

Chinese EVs have landed in Europe 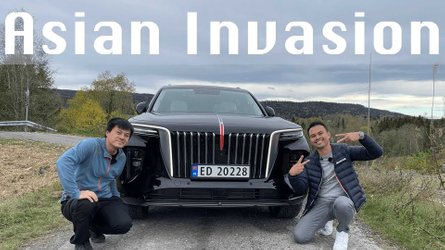 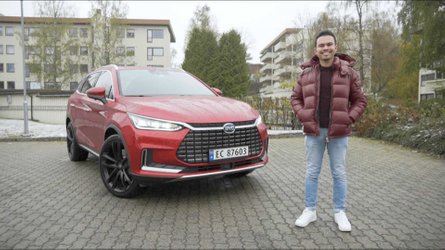