The EV is not only quicker around a track, but Mat Watson says it's more fun to drive quickly too.

Mercedes-Benz now offers two flagship sedans: the S-Class, launched last year in its seventh generation, and the EQS, launched this year as the first ever car to bear this nameplate. They more or less cater for the same kind of buyers, and share some components, but they actually feel and drive quite different.

Neither vehicle is designed to be taken on a track, but carwow decided it would be an interesting test to pit them against one another around a circuit. They got an S500 long wheelbase model whose engine puts out 435 horsepower and 520 Nm of torque to compare against the entry level EQS, the 450+ model, which is heavier and down on power, with 330 horsepower and 570 Nm from it single rear motor.

The EQS is also considerably heavier, weighing in at a shade under 2,500 kg / 5,500 pounds, compared to the S500’s 2,065 kg / 4,550 pounds. Even so, presenter Mat Watson found that it’s the EQS that likes to move around more when driven quickly, its steering feels more direct and it just looks like the more fun of the two vehicles to drive quickly.

Now that rarely translates into a good lap time, but this time was different and the EQS was two tenths quicker than the S-Class over a lap. However, there was no escaping the S500's better power-to-weight ratio in the quarter-mile drag race, though.

We recently got a chance to drive the new EQS too, but it was the more powerful dual-motor EQS 580 model that did not leave its driver wanting for more acceleration (516 horsepower, 4.1 seconds to 60 mph). We also saw the most potent version, the EQS 53, this year at IAA Mobility; check out the walkaround video below.

More on the EQS 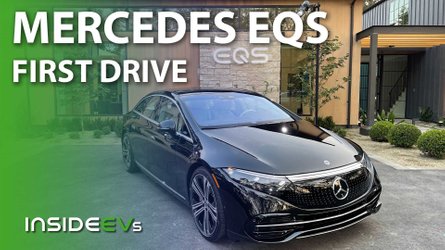 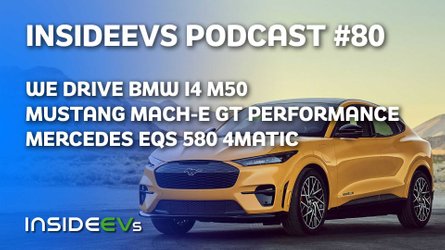