This is how Tesla improves safety of its electric cars.

Tesla shared a video from an internal safety test at its Tesla Crash Lab, which analyzes data from millions of vehicles, conducts simulations and replicates crash scenarios for validation.

The topic of the video is a very small overlap crash test, in which a conventional pickup hits the front of a Tesla Model Y from the side.

"By collecting data from the millions of vehicles in our fleet and replicating real-world crash scenarios, we're able to engineer some of the safest vehicles on the road. Join our engineers inside the Tesla Crash Lab to see how our vehicles achieve top safety scores worldwide."

According to the video, Tesla has all the data about its vehicles, including speed, steering wheel position, airbags, seat belt use, and can find areas for improvement to make cars safer.

The company can also easily discover the most common type of crashes, which might not be the standard ones usually tested .

Tesla explains that by having the data and an algortim, the car can recognize a particular type of crash within 10 miliseconds and adjust the airbag/seat belts for it.

We believe that the new active and passive safety system, combined with automation of driving will significantly reduce the number of crashes and injuries. Many manufacturers try to actually achieve the zero casualties result, but it's very challenging.

Most recently we saw also a Tesla Model Y head-on crash with a Volkswagen ID.6 and in both cases, the passenger compartment was in relatively good shape. Not a bad result at a 50% offset, at a speed of 64 km/h (40 mph) each. 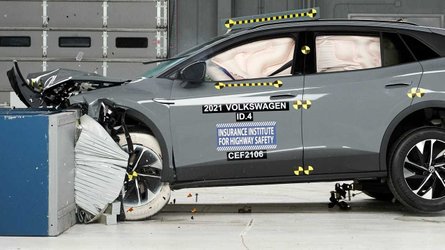 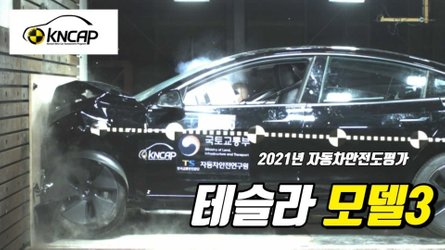 Tesla Model 3 Surprisingly Disappoints In KNCAP Safety Results
By: Mark Kane
++
++
Got a tip for us? Email: tips@insideevs.com