The first battery system plant to be wholly owned by the Volkswagen Group in China will have an annual capacity of over 150,000 units.

Volkswagen Group’s EV expansion in China will be supported by a new components plant in Hefei, Anhui province.

Construction is commencing on the new battery plant, which will occupy over 45,000 square meters (484,376 sq ft) near the production facilities of Volkswagen Anhui. According to VW, placing it next to the vehicle plant will bring logistical and cost efficiencies and a faster time-to-market.

The facility is expected to start production in the second half of 2023, with a staff of 200 people at first. Initially, it will have an annual capacity of 150,000–180,000 high-voltage battery systems for Volkswagen Anhui’s future all-electric vehicles based on the Modular Electric Drive Toolkit (MEB platform). The first vehicle is expected to roll off the production line of the neighboring assembly plant in 2023.

VW Anhui Components Company is the first battery system plant to be wholly owned by the Volkswagen Group in China. The company is investing more than €140 million ($164 million) until 2025 in the new plant and its facilities.

“With a significant increase of battery-electric vehicles (BEVs) in the future, we need to focus on keeping key components like battery systems in our own value chain, allowing us to leverage Group-wide synergies and innovations. Volkswagen Anhui and VW Anhui Components Company, alongside our two strong Joint Ventures, are crucial to our electrification strategy and to achieving our goal of the Volkswagen Group China fleet reaching over 40% NEVs by 2030.”

The lead plant in Braunschweig, Germany, which can produce up to 500,000 battery systems a year, is assisting in the capacity build-up with its expertise in planning, development and production. When all plants become operational in a few years, VW expects to manufacture more than 1 million battery systems per year.

The battery system for MEB vehicles consists of several cell modules, a cell management controller, a battery management system, and a connector strip. They are interconnected via high-voltage connectors and protected in an aluminum battery housing. 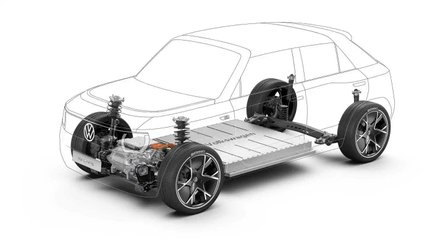 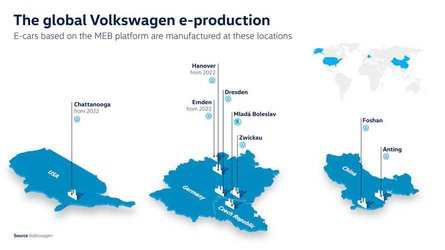