This rendering is based on Lincoln's official teaser of its first EV coming in 2022.

Lincoln announced it will become a fully electrified luxury brand by 2030, but the Ford-owned carmaker currently has no EV in its lineup.

That will change next year when Lincoln will debut its first all-electric vehicle, an SUV roughly the size of the Nautilus that is rumored to be called Mark E. Back in June when it announced its plans for full electrification, Lincoln dropped a teaser that showed the electric SUV’s front lighting signature and some screens from the digital cluster—including one showing a 380-mile range readout at around 80% state-of-charge.

Using that teaser as a starting point, the folks from TopElectricSUV have rendered the front end of Lincoln’s upcoming electric SUV, revealing striking similarities with the Lincoln Zephyr Reflection concept sedan unveiled at the Shanghai auto show in April 2021.

That’s not unexpected as Lincoln itself said the Zephyr Reflection “hints to the brand’s future design philosophy and signature features it will offer.” As a result, the electric SUV’s front end will borrow a lot from the said concept, sporting the same horizontal light bar connecting the headlights to each other and the illuminated logo.

Compared to the Zephyr Reflection, though, the headlights are slightly bigger and the front bumper is a little higher to provide more ride height and a better approach angle.

This rendering looks like a pretty realistic depiction of the Lincoln EV’s front end when comparing it with the official teaser. The rest remains a mystery for now, but we should expect the Zephyr Reflection to influence the EV’s rear end as well. Horizontal taillights united by a light strip are likely, though it remains to be seen whether the back will adopt the Mustang Mach-E’s crossover coupe look or go for a more traditional approach.

Speaking of the Mach-E, it should act as a powertrain donor for the Lincoln EV, given that the latter will be made at the same plant in Cuautitlán, Mexico. According to reports so far, the electric Lincoln will ride on a modified version or an evolution of the Mach-E’s RWD/AWD platform.

Besides the model launching in 2022, Lincoln has three other electric models in the pipeline, all based on a “rear-wheel-drive and all-wheel-drive battery electric flexible architecture.” 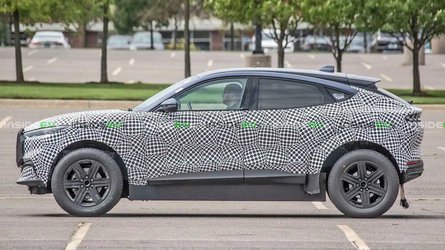 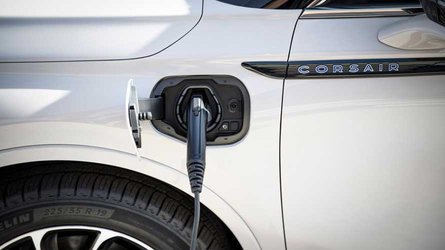