There's nothing quite like watching inspirational and complimentary speeches from passionate CEOs.

As you're almost certainly aware at this point, the first production Rivian R1T recently rolled off the assembly line in Normal, IL, followed by a long line of other R1Ts. This marked not only the beginning of Rivian's first deliveries but also the first electric pickup trucks delivered on our shores.

Of course, the event wouldn't have happened without the calm, quiet, and seemingly very calculated leadership of Rivian CEO RJ Scaringe, and more importantly, his hard-working team of executives and employees across the board. Scaringe spoke to his team, with his family by his side, ahead of the first-ever customer R1T coming off the assembly line.

Rivian posted the speech on LinkedIn, and it was later shared by other media outlets and YouTube channels.

For those unaware, Rivian has been at this for over 10 years. The company has had different names and locations along the way, but it's been working on its first two vehicles, the R1T electric pickup truck and R1S three-row electric SUV, for the better part of the last several years.

Many EV startups have struggled and failed over the years, and some folks have been skeptical about Rivian. When the company revealed expensive, luxury-level electric trucks and SUVs, some said they'd never come to market, much less sell.

The negativity escalated this summer when Rivian had to delay deliveries twice. However, all's well that ends well. Scaringe told his team:

"This is our first step in building products that really are designed and engineered and thought about with impact and to change the world."

Now that Rivian has officially won the electric pickup truck race, it's high time to dial-up production and get these trucks in as many owners' driveways as possible. And, while reservation holders have been patiently waiting – some not so happy about the delays – hopefully, they can rest assured that Rivian took the extra time to do extensive testing and make sure that the vehicles were worth waiting for. 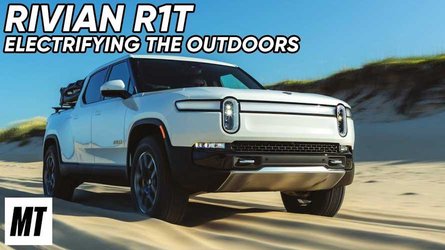 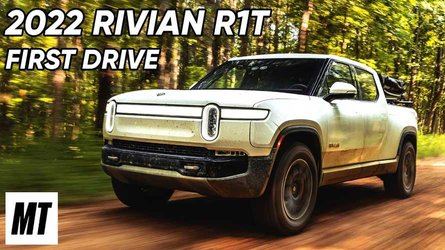 Check out the short speech and then let us know your takeaways in the comment section below. In addition, we'd love to read about your forecast of Rivian's future.