This used to be called the Good Cat, but the Good part was dropped for Europe.

There were several Chinese automakers present at IAA Mobility 2021 in Munich and all of them were there to announce their intentions of selling vehicles in Europe. One such stand showcased Ora, a sub-brand of Great Wall Motor, with ambitions to begin sales of its 02 Cat model in Europe by the end of 2021.

The 02 Cat is about the same size as a Mini, and just like the mini its exterior is designed to look retro, but it offers quite a bit more interior room. The motor show stand featured the vehicle in several different flavors, including a sporty GT model, as well as more luxury-oriented versions.

With an exterior that’s as cute as this vehicle’s, and if the price tag is what people expect it to be for a Chinese vehicle, then the small Ora will find buyers in Europe. Hopping aboard one of the vehicles displayed at IAA (which are almost production ready, according to the manufacturer) I was also really pleasantly surprised by the fact that the interior was of high quality (with lots of soft-touch plastics) and the screens inside were also really good too.

Ora initially called this model the Good Cat, but then the Good part got dropped for Europe. We don’t currently have any specifics or details regarding when and where this model will make its Euro debut. 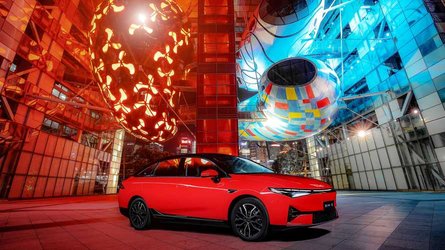 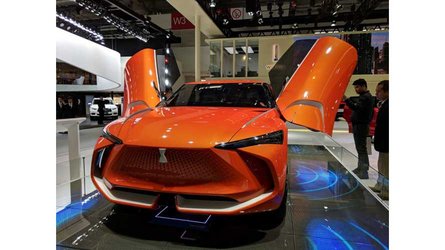 Watch WEY Electric SUV Get Wireless Charge On Stage In China
By: Andrei Nedelea
++
Got a tip for us? Email: tips@insideevs.com