UPDATE: Hyundai Ioniq 5 May Be Delayed In US, Website Says Winter Launch

Some reports were saying the Ioniq 5 may be delayed on our shores but Hyundai says nothing has changed.

The all-new Hyundai Ioniq 5 has proven extremely popular ever since the automaker revealed it. It's already on sale in Europe and was supposed to launch in the US this fall. However, reports online suggested that it may be delayed.

***UPDATE: Our friends at Motor1.com reached out to Hyundai for clarification. The automaker's statement is quoted below:

"As planned, IONIQ 5 will still start to arrive at dealerships by the end of the year or Fall. The timing remains unchanged. The consumer site states winter as that is when the Ioniq 5 is widely available," Hyundai spokesperson Brandon Ramirez told Motor1.com.

The reports weren't based on a rumor, but rather an update to Hyundai's website. It's interesting that Hyundai's statement says "by the end of the year" OR "Fall." At any rate, the website clearly states "Coming Winter 2021."

Upon visiting the official US website for the Ioniq 5, linked as a source below, we have confirmed that it states "Coming Winter 2021." Interestingly, we didn't have to configure the car or scroll down to find the information. And, we didn't find it in the same area shown in the above tweet. Instead, Hyundai has moved the key detail right up to the top of the page, ahead of any other details about the upcoming electric car.

The Ioniq 5 is a roomy, practical, and capable EV with 800-volt architecture, which means very fast charging. Like the upcoming F-150 Lightning, the Ioniq 5 will be capable of charging and/or powering other devices. We can expect to see this feature become widespread across the industry in the future.

Hyundai will offer the Ioniq 5 in both rear-wheel-drive single-motor and all-wheel-drive dual-motor configurations. It will also be available in Standard Range and Long Range versions. Currently, Hyundai's website says the vehicle will only be available in select states, and its estimated MSRP is coming soon.

Publishing suggested launch times of fall and/or winter doesn't give potential buyers a solid idea of when exactly the car may come to market. However, at this point, we can assume it's Hyundai's goal to begin deliveries ahead of the end of the year. We'll have to wait and see how it all plays out though since the global microchip shortage, among many other factors, may have an impact. 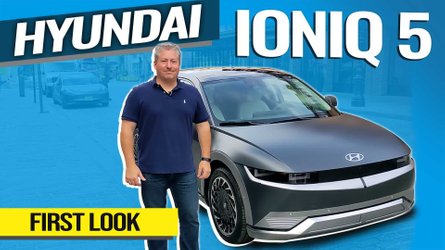 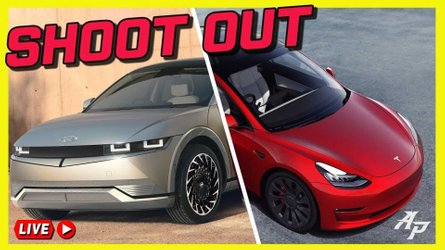