In March, a fire involving a Tesla Model Y in Dallas, Texas got plenty of media coverage, with many of the reports insinuating the EV was to blame for the blaze, which also engulfed a house.

As it turns out, things happened very differently, and the Tesla did not explode and cause the fire; the flames actually started in the house. Experts later concluded that the fire and explosion in the house more likely originated from pressurized gas, like propane.

Now, clear evidence that the Tesla was not to blame has surfaced in the form of new footage from the car’s USB drive recovered after the incident.

The buyer of the salvage Tesla found the USB in the Model Y’s glovebox and recovered a Sentry Mode video from it showing the moments when the fire destroyed the house's door and spread  to the electric vehicle's front end.

The video, which clearly shows that the fire started in the house, was posted on Twitter by Tesla hacker @greentheonly, who knows the car’s current owner.

There’s also a second, more dramatic Sentry Mode video which shows that the owner was inside the car when the fire began. We can see the woman exiting the Tesla in a hurry before turning around and looking at the flames in disbelief.

Apparently, the car was plugged in at the time so she didn’t have the time to unplug it and drive away because of the quick outbreak of the flames.

The Model Y was damaged by fire but only at the front, with the rest of the car remaining intact, including the battery pack—which is the most combustible part of an electric car.

This was clearly different from other Tesla fires, which typically end with the entire vehicle engulfed by flames. 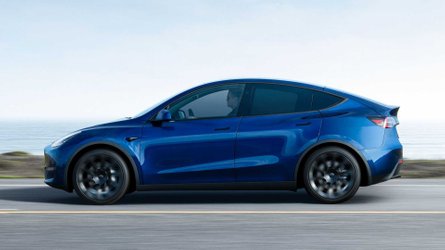 Rumor: Tesla Model Y SR Will Return To The U.S. With The LFP Pack
⠀ 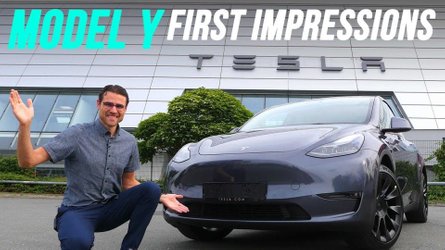