According To Bloomberg, Gas Car Sales Have Already Peaked

While EVs still only make up a small percentage of cars on the road today, that's quickly transitioning.

Posted on EVANNEX on August 13, 2021 by Charles Morris

Amid much hoopla, the Big Three automakers recently joined President Biden to announce that they would kind of like 40% of the cars they sell a decade from now to be at least partially electrified. It’s a typically timid timeline—most EV experts expect the transition to take place much faster. (Sandy Munro says that, if the majority of new vehicles in the US aren’t electric by 2028, “there won’t be an OEM in North America.”)

Above: As fossil fuel-powered cars hit their peak, will electric cars, like those from Tesla, be the future? (Source: Tesla)

A recent article in Bloomberg makes the bold assertion that sales of internal combustion engine (ICE) vehicles have already peaked, so the future of the global auto industry belongs to EVs.

The article outlines some of the trends that underlie this prediction, illustrated with a series of graphs.

EVs may still be more expensive than fossils, but that won’t be the case for much longer. Bloomberg finds that, in Europe, battery EVs are approaching purchase-price parity with ICE vehicles. On a total cost-of-ownership basis, driving an EV is already cheaper than driving a comparable legacy vehicle. In fact, Loup Ventures concluded in 2019 that Tesla’s Model 3 was slightly cheaper to own and operate over a five-year period than Toyota’s mass-market Camry.

And EVs are getting cheaper fast. Battery prices are steadily falling, driven by higher demand and by improvements, not only to the battery tech, but also to the manufacturing processes used to produce them (see Tesla’s emphasis on “the machine that makes the machine”).

Contrary to popular belief, passenger cars are likely to be one of the last segments to be fully electrified. Buses and two- and three-wheel vehicles currently boast the top EV adoption rates, and BloombergNEF expects that trend to continue.

Consumer choice is growing. Bloomberg says there are more than 500 EV models on the market worldwide. Granted, many of these are available only in limited markets, and there are still few or no electric options in some of the most popular segments. However, that’s going to change over the next year or two, as Rivian, Ford and Tesla, among others, introduce new electric pickup trucks, SUVs and crossovers.

Above: A look at how traditional automakers are following in Tesla's footsteps to go electric (Clip via: Bloomberg Green)

Vehicle range is steadily increasing—the average range of a new EVs has risen from 103 miles in 2012 to 223 miles in 2020. Tesla continues to push the range envelope—its Long Range Model S now boasts a range of 405 miles.

Charging infrastructure is rapidly proliferating—in China and Europe, the number of charging spots more than doubled in two years. And much more is in store—major new projects are underway around the world, and the opening-up of Tesla’s Supercharger network could transform the fast charging market.

All of these trends are accelerating, and they are mutually reinforcing. As EVs become cheaper and better, more people will buy, and increased volume will enable automakers to reduce prices and improve performance still further in a classic virtuous cycle.

Considering all this, it’s surprising that Bloomberg’s forecast for the triumph of electrons is just as conservative as the roundly-ridiculed timid timeline that the Big Three just offered. “Globally, EVs will represent more than two-thirds of passenger vehicle sales in 2040,” write Bloomberg’s Colin McKerracher and Siobhan Wagner.

Really? A technology that has already peaked, and that is already more expensive and inferior in almost every way, is going to hold onto a third of the market two decades from now? 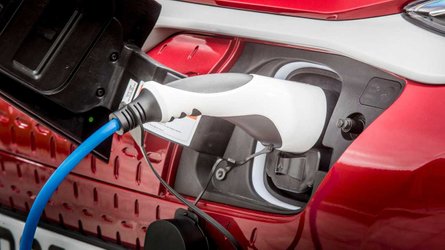 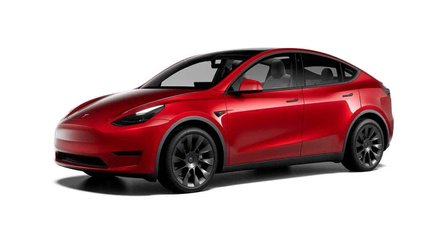