There are lawsuits against that in Denmark and in the US as well.

After Tesla made an OTA (over-the-air) update in 2019 to cap the cell voltage of Model S and Model X battery packs, we have been following the stories related to that. The first lawsuit that we heard about came from David Rasmussen. The Chinese government also said it would investigate that, but the first legal implication came from Norway, where Tesla was ordered to pay compensation to its customers. However, there’s a lot more to this story.

Starting from the beginning, the voltage cap this Norwegian lawsuit attacked seems to be related to a spontaneous Model S fire that happened in Shanghai in April 2019. Soon after that, in June, Tesla released the updates 2019.16.1 or 2019.16.2, which capped the voltage of cells. By doing that, Tesla also restricted the range and the charging speed of these cars.

The first suspicion about that came from Cato Standal, a Norwegian Tesla customer with a Model S P85. He had his battery pack replaced for another one, and the new one had charging and range restrictions. Later, David Rasmussen reported the same issues in the US and went further ahead, suing Tesla for them. His lawyer, Edward Chen, accuses Tesla of concealing battery pack fire risks by reducing the vehicle’s capacity to accept charging.

In Norway, more than 30 owners sued Tesla in a conciliatory board for the issue with their battery pack, apparently with the help of Bilklager. This company organizes consumer consortiums to tackle legal problems as a group. That makes it more affordable to sue automakers. A conciliatory board is also referred to as a “semi-court,” and it works similarly to small claims courts. This is the first element that makes this situation unique.

We are not sure why these more than 30 owners and Bilklager decided to sue Tesla on a conciliatory board. Our guess is that it could be faster. We learned that they are a compulsory jurisdiction before some claims can be made before district courts. This could also be a reason. Curiously, Tesla did not file a response to the lawsuit and was ordered to pay owners in a default judgment. It is not clear if this was a strategy or something else, which is the second element that makes this decision pretty unique.

Regardless, Tesla was condemned to pay 136,000 Norwegian kroner to each of these owners on May 17. It has up to May 31 to pay the compensation or to appeal the case until June 17 to the Oslo Conciliation Board. Even Sandvold Roland – Norway's Tesla PR head and one of Tesla's last professionals in that department – refused to comment on the decision.

The 136,000 kroner are equivalent to $16,271 at the current exchange rate. Norway has 10,000 other affected customers with cars made from 2013 up to 2015, but it is not clear if the decision includes them or if all of them would have to seek the same compensation in similar lawsuits. 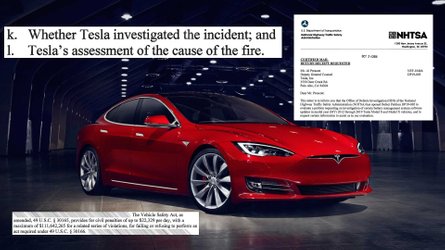 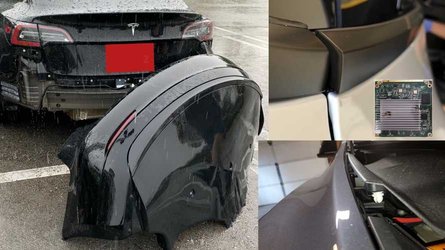 There’s a similar lawsuit against Tesla in Denmark, according to Politiken.dk, with 75 customers apparently demanding the same measures. Meanwhile, US courts and the five Chinese departments that were going to investigate this issue are yet to decide anything.

We’re trying to understand the entire story both in Norway and in Denmark and to talk to some of the involved customers. If you are familiar with the lawsuit and with the Norwegian legal system, you are more than welcome to give us your takes and help us get a complete picture of the situation.