It seems Tesla is on a roll cranking out Model Y castings at Giga Austin ahead of the factory opening.

We've been keeping our eyes on the continuous development underway at Tesla's upcoming Gigafactory in Austin, Texas. The bulk of the information related to the factory, its progress, etc. comes from Joe Tegtmeyer, who's been publishing drone flyover videos and construction updates for some time. A few of his recent updates highlight the Model Y Gigacasting process that's been underway at the factory lately.

First, we learned that a single Model Y Gigacast was produced at Giga Austin. Not long after that, reports surfaced that Tesla was cranking out many of these large frame parts, despite the fact that that factory isn't officially completed or open yet.

Fast-forward to the present and it's reported that Tesla is not only continuing to produce loads of Model Y castings, but also now removing the stacks of parts from areas they were previously located.

This is all exciting news since Tesla is already making a major part of the Model Y ahead of the Texas factory's ability to move into full-scale production. However, it also poses some interesting questions. Are these Model Y castings being put into storage in Texas as a means to speed up the Model Y production process once the factory gets a green light? Or, is Tesla producing the castings in Texas and then shipping them elsewhere to go into production for the Model Y?

What's more, Elon Musk just recently confirmed that the future Model Y coming out of the Giga Austin will have 4680 cells. At Battery Day back in September 2020, Tesla talked about eventually doing away with the "skateboard" style battery packs and moving to structural battery packs. This means the battery cells would be incorporated into the cars' casted structure.

Since Tesla is clearly working to make a large number of Model Y gigacasts, is it planning to move to the structural battery pack along with the 4680 cells? At this point, we really have no idea. We'll have to wait and see how these plans develop. 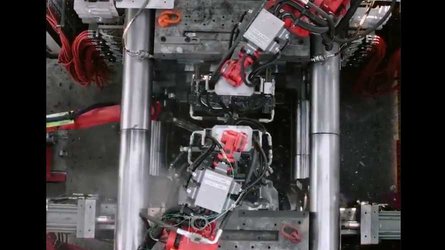 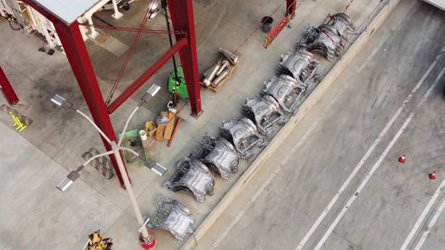 In the meantime, check out Joe's latest Giga Austin construction update and flyover that discusses the Tesla Cybertruck and Model Y: