The first electric model will be launched in the second part of the decade.

Lamborghini, which is an exotic Italian brand owned by Volkswagen Group through its subsidiary Audi, has announced its roadmap for electrification.

The company intends to introduce its first battery-electric model in the second part of the decade. At least about five years from now means probably that the company is barely starting its adventure with BEVs.

On one hand, we believe that Lamborghini is forced to lower its average CO2 emission in Europe through the introduction of hybrid and electric powertrains, while on the other hand, Lamborghini was waiting for better batteries to match the range and performance of its conventional models.

Before the first electric Lamborghini will appear on the market, the focus will remain on combustion engines in 2021-2022 and on hybrid transition by the end of 2024.

The first hybrid series production model will be launched in 2023 and by the end of 2024 the entire range to be electrified. In effect, by the beginning of 2025, the average CO2 emission of the new Lamborghini models will be reduced by 50%.

From that point on, Lamborghini will refocus on electric cars. The new BEV model will be positioned at the top of its segment.

"This is how Lamborghini sees the culmination of this part of its journey: Cor Tauri, the brightest star in the constellation to which the company's roadmap points, is represented by a fourth fully-electric model."

This switch to hybrids and electric cars will cost the company a lot. According to the press release, it will be the largest investment in Lamborghini's history of more than €1.5 billion ($1.8 billion) over four years.

Well, we are eager to see those new EVs and tons of drag races against all the other contenders. 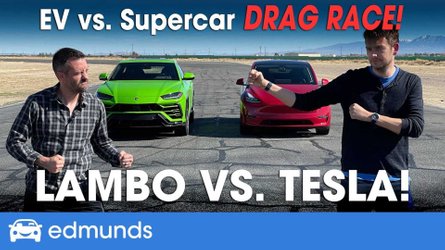 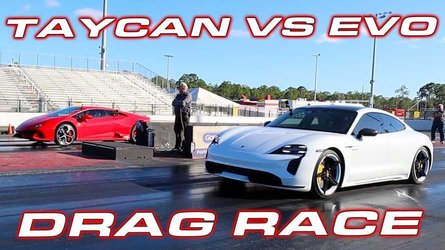