They would not cut carbon emissions and could cost way more as well.

Bosch was very clear when it said it does not believe anything can replace e-mobility. Yet, the company thinks current combustion-engined vehicles can be cleaner. To address that, it presented its Blue Gasoline, a more stable fuel than regular gasoline, which could allow for 20 percent less carbon dioxide emissions. At the same time, T&E (Transport & Environment) said e-fuels are an e-fool’s errand: they wouldn’t cut CO2 emissions.

According to T&E, “driving a car on e-fuels produced from renewable electricity would require close to five times more energy than when driving a BEV.” Blue Gasoline is not exactly synthetic, but T&E includes biofuels in its analysis.

The new Bosch fuel contains 33 percent of renewable components extracted from ethanol and naphtha, also known as tall oil. It emerges as a by-product of paper pulp production, but it can also be made with other residual and waste materials, according to Bosch.

The German supplier developed this new sort of gasoline with the help of Shell and Volkswagen. The goal would be to make current vehicles powered by combustion engines emit less carbon.

With more stable chemistry, this gasoline would be ideal for plug-in hybrids. Since their owners prefer to use electricity to move around whenever possible, the fuel sits in the tank for more time. Blue Gasoline would not deteriorate as easily as common gas. Ironically, T&E attacked PHEVs as a way to disguise polluting ICE vehicles.

The organization also said that the total cost of ownership for a combustion-engined car on e-fuels after five years would be €10,000 higher than that of a brand new electric car in 2030, considering brand new vehicles of both kinds. If we talked about used ones, even the brand new EV would still have a cost advantage over the ICE car.

T&E concludes that the excuse that combustion-engined vehicles can also be less pollutant – something Bosch stated when it presented Blue Gasoline – is not enough to keep following this path. 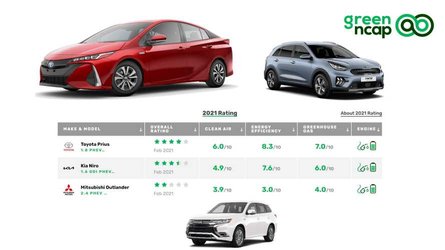 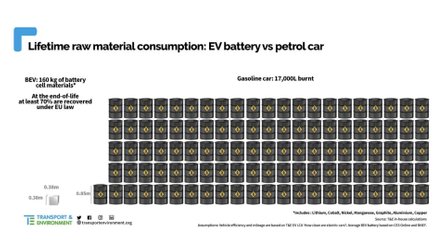 For the organization, we would better rush to increase EV adoption instead of trying to find ways to keep using machines that do not fit our current needs. Combustion engines should belong to museums and car collections, not to the streets, according to T&E.

That would be the ideal situation, especially if everyone could afford an electric car. Since that is not the case, it is worth wondering if Bosch is wrong to try to develop and offer a cleaner solution for the cars most people can currently buy. Until EVs cost as much or less than their pollutant counterparts, all efforts to emit less carbon are probably valid.