It gets a fully-closed off grille and other small detail changes.

Genesis has chosen to skip plug-in hybrids, or any hybrids, and just have fully-electric vehicles in its range alongside conventional ICE models. Its first crop of BEVs is comprised of reengineered versions of existing models that have been converted into EVs, and the company’s first EV SUV will be the eGV70.

We’ve seen it in the spy shots and we don’t expect any major changes compared to the regular gas-burning GV70. We’ve also seen how Genesis chose to change the G80 sedan when it was turned into the G80 Electrified (an odd choice of name, given the fact that it’s actually fully-electric). What’s pretty clear is Genesis doesn’t really want massive differentiation between its ICE and EV versions, which is at odds with trends set by other manufacturers.

BMW, for instance, opted for more noticeable detail changes when, for instance, it created the iX3 based on the X3. Aside from the X3 losing its exhausts and getting a closed off grille, the Bavarian automaker opted for lots of blue accents all around the vehicle, as well as special flashy wheels (that also reduce drag) - one quick glance at the iX3 and it’s pretty clear it is your typical X3.

Telling the GV70 apart from the electric version will be quite a bit trickier, especially from a distance. Just check out this accurately depicted electric GV70, created by TopElectricSUV. At a glance, you’d just say it’s a normal GV70, but look more closely, and you observe the grille that no longer serves an active purpose (and now hides the charge port door), the slightly different bumper or the unique (but not so obvious) aero wheels.

The electric GV70 will probably be revealed towards the end of 2021, it will reportedly enter production in December and it will go on sale in the first half of 2022. 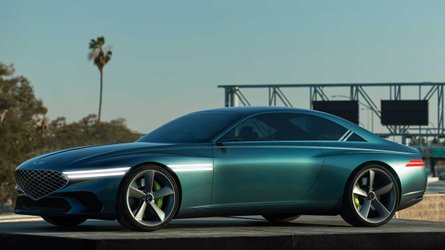 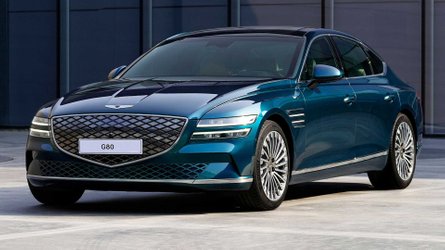