Mercedes-Benz EQS Will Not Have A Frunk, As This Image Shows

It is part of the pictures released when the company spoke of some tech specs.

Mercedes-Benz will officially reveal the EQS on April 15. We would have to wait until then to answer one of the most interesting questions about the luxury electric sedan: will it have a frunk? Luckily, the own company already disclosed images that cut the waiting time. The answer is definitely "no," as you can see above.

It is not clear at this point if the EQS will even have a hood. Due to its amazing drag coefficient of only 0.20, Mercedes could have eliminated it completely. If it does, it will give access to mechanical components, which may not be a bad thing after all.

Volkswagen is another company that decided not to have a frunk in its electric cars. Instead, it has some components under the hood that probably make it easier to service the car in case anything goes wrong with the air-conditioner or the 12V battery, for example. Just like the EQS, the ID.3 and the ID.4 have a dedicated EV platform, the MEB.

Lucid decided to follow the same path Tesla created and gave the Air not only a frunk: it will have the largest frunk in the market when it goes on sale. With very company drive units, that is probably something the startup can afford to do. We still have to learn how serviceable the Air will be.

More News On The Mercedes-Benz EQS: 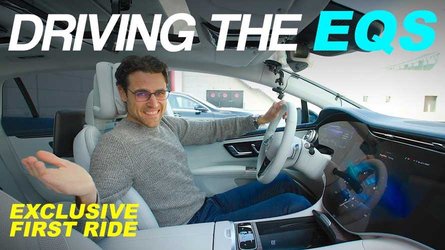 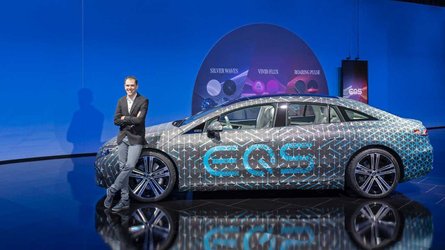 It could be the air-conditioning components, as well as a heat pump. Perhaps it is an inverter. What we can say for sure is that there is no frunk for EQS buyers because these parts sit really close to the upper side of the EQS body in that area, regardless of it being a hood or not – although that is very likely. We’ll learn why the company decided to follow this path in a few days.