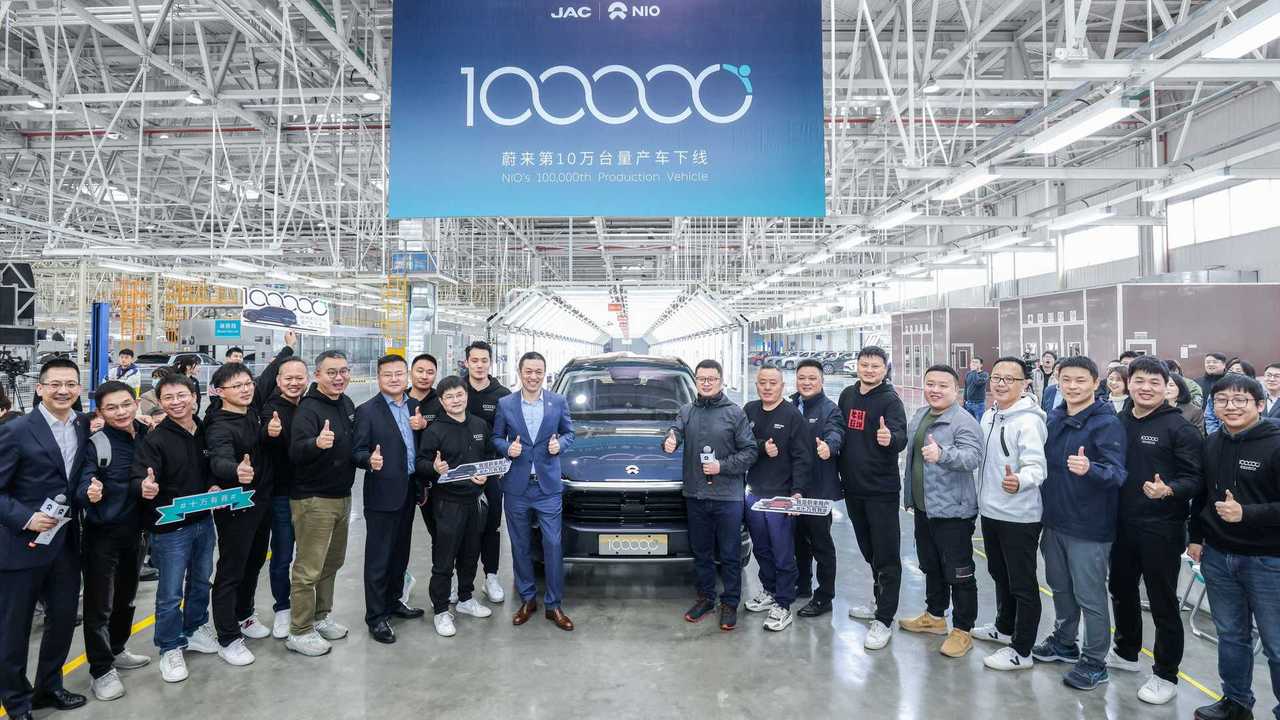 Reaching this major milestone took less than three years - 1,046 days, since the first NIO ES8 rolled off the line on May 27, 2018. Really not bad for a startup, that in its journey went through a cash crisis and general COVID-19 situation.

Besides the ES8, the company is producing at the JAC-NIO site also the ES6 and EC6 models.

"At the roll-off ceremony, representatives of the early ES8, ES6 and EC6 users joined together to welcome the user of the 100,000th NIO car to the NIO community.

The company is currently increasing its electric car sales and tries to continue production during the time of semiconductor shortage, as well as work on its fourth NIO ET7 model.

The next big step for NIO probably could be the market launch of its cars in Europe and North America, but as long as the demand in China is high enough to grow, there is no rush, we guess.

For those who would like to compare NIO with Tesla, Tesla is currently at over 1.5 million cars sold globally (starting in 2008), including more than 150,000 Made-in-China cars. However, Tesla is a much older company, in a much different state, so it can't be really compared directly.