Driver Gets Repeatedly Choked By Polestar 2 Seatbelt During Nurburgring Drive

Polestar, as you probably know, is an offshoot of Volvo that puts more emphasis on electrification and sportiness than its parent company. Volvo’s main selling point is its commitment to safety which does make its presence felt in Polestar’s products, although not in the way you might think...

Misha Charoudin took the Polestar 2 for a spirited drive around the Nurburgring and aside from finding out that it’s actually quite decent when you show it a few corners, he also discovered the car has a bit of a choking fetish. During most maneuvers, the car tightened its seat belt to the point it became uncomfortable for the driver, only releasing its grip during braking.

Misha laughed it off, as he does with most issues that arise during his Nurburgring driving videos, but this sudden tightening of the seat belt could startle a less experienced driver and, despite the fact that it is a safety feature, it may have the opposite effect. And as he drove the car around the famous Carousel corner, the seatbelt became so tight that he actually had to unclip it and clip it back into place.

The car itself is remarkably good to drive quickly, encountering no problems in threading corners together, then shooting off on the straights, before braking for corners again. This is what a sporty car needs to do and Misha ends up thinking very highly of the Polestar 2, even though the example he drove was on winter tires - it should be even better on grippy performance summer tiers.

As with all electric vehicles, the Polestar 2 is quite heavy and you can feel this, but in the other video Misha made around the Ring (where he compared it to the Tesla Model 3), he said the Swedish/Chinese car is superior to the Tesla when it comes to its suspension and brakes; his tester had the optional Ohlins suspension and, according to him, it really transformed the driving experience.

His conclusion is that the Polestar 2 needs a track mode which would make the seat belt tightening less aggressive and also dialed down the active safety aids which work fine on the road, but out on a circuit, they just seem a bit paranoid and overly cautious. There is still unexplored sporty potential in the Polestar 2, so hopefully the manufacturer will release a more track-ready version in the future. 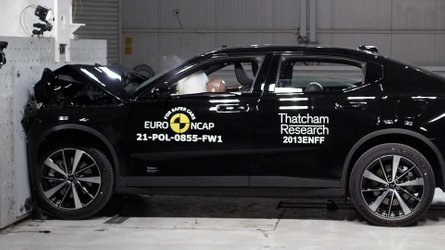 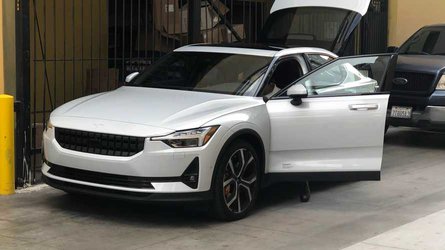 Polestar 2 Test Drive Concludes With Recommendation To Buy A Tesla