Kia EV6 Electric Crossover Teased Ahead Of Its Upcoming Debut

The Kia EV6 is set to debut later this month and the Korean automaker has just released some teaser images and video to get us psyched up. As if we needed it.

The all-electric crossover SUV is based stylistically on the . We've been tracking images of it in various locations covered in camouflage or cladding as it saw road testing under the internal name Kia CV.

Built on the new E-GMP platform, it will be the brand's first from-the-ground-up electric vehicle. We expect it to be exceptional. That's because it shares its basic technical DNA with the Hyundai Ioniq 5 which just just made its own debut and was enthusiastically received.

While there will obviously be large stylistic differences between these two corporate cousins, there may also be some distinctions in the performance department. Just a month ago we learned the Kia could have a range of 311 miles (WLTP), recharge 62 miles (100 km) of range in four minutes and accelerate from a standstill to sixty miles an hour in as little as three seconds. Those are some impressive numbers!

If true, that would be astonishingly quick for a vehicle of this size and shape. It strikes us that this will be aimed at a slightly different segment than the Hyundai offering, with an emphasis on sportiness. That appears to be stressed in the new tag line – movement that inspires – voiced in the teaser video (top).

While the press release that accompanies the images only gives the first quarter of 2021 as a debut timeframe, a slide from the company's investor day points to the 21st of this month with deliveries beginning in July. 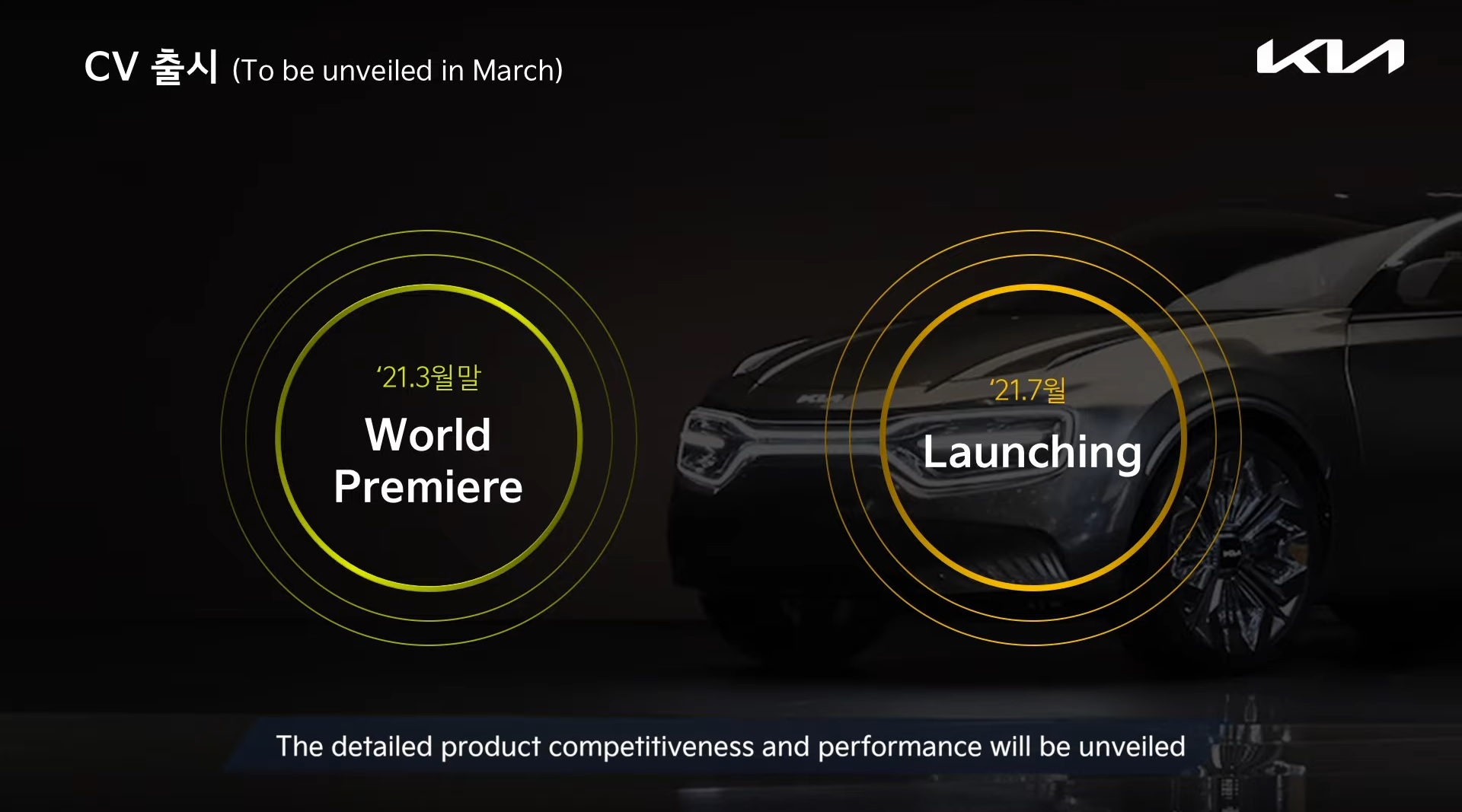 The teaser images (gallery above) show a car that captures much of the essence of original concept vehicle, but presents a more livable design. The hood sports two dynamic lines flowing from the inside of the headlight assembly to the base of the A-pillar. The flanks feature a character crease a little more than midway up the doors, but then rounds in as it approaches the beltline.

Those contours turn into muscular haunches over the rear wheels, extending to the rear. The roof, meanwhile, curves gracefully to the C-pillar, culminating in a spoiler. The rear glass rakes downward from beneath its wing.

The taillights are segmented, as are the front turn indicators which surround the LED headlights, and as you can see in the video below, do their duty in a sequential fashion.

It all adds up to a design that, even with the lights still dimmed, will generate lots of excitement and, hopefully, inspire many to take the plunge into electric waters.

More of this new Kia in its pre-production form.