U.S. Postal Service: EVs Will Be Only 10% Of Next Generation Delivery Vehicle

It seems that they will start with the conventional powertrain setup and optionally retrofit to EVs later.

New details emerged about the U.S. Postal Service's (USPS) most recent supply deal for up to 165,000 Next Generation Delivery Vehicle (NGDV) from Oshkosh.

As it turns out, despite the fact that postal services are a perfect application for mass electrification, only about 10% of the NGDV is expected to be all-electric.

It's quite shocking to us, as we thought that there would be a higher share of BEVs in the mix. Frankly, a majority.

According to Automotive News, U.S. Postmaster General Louis DeJoy said that to electrify 90% of the fleet, the USPS would need an extra $3-4 billion, and it doesn't have that money.

"Democratic U.S. Rep. Jackie Speier, D-Calif., cited Biden's announcement in questioning DeJoy about the contract. "Why not 90 percent?" she asked.

"We don't have the 3 or 4 extra billion in our plan right now that it would take to do it," DeJoy said, adding she was willing to talk to Congress and the Biden administration about funding."

The initial phase of the agreement is $482 million and includes the final development of the vehicle and plant tooling. Then, the cost of up to 165,000 vehicles over 10 years might be more than $6 billion. That would be over 36,000 per vehicle.

Assuming that the entire project would cost $10 billion, the cost of a 90% electrified fleet would be then at over $60,000 per vehicle. Our guess is that it would include the charging infrastructure.

The question is then whether USPS will get federal government support to go all-electric?

As of now, the plan is probably about the quick launch of a gasoline version of a modern delivery truck that would replace the 30-year-old vehicles as soon as possible (from 2023).

USPS has electric vehicles on its mind and wants NGDV engineered for retrofitting with electric powertrain and batteries at a later point. This requirement increases the cost of the entire project by about $500 million.

"DeJoy said the USPS had agreed to spend $500 million on the next-generation vehicles to make them convertible to EVs from internal-combustion models at a future date."

"Every vehicle could be converted to electric,"

Well, it's a sign that they would like to have EVs in their fleet, but can't afford them on their own. 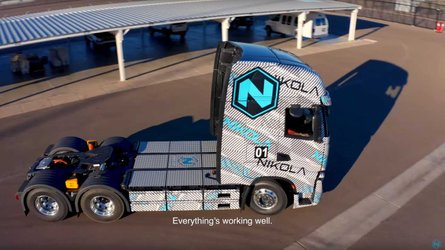 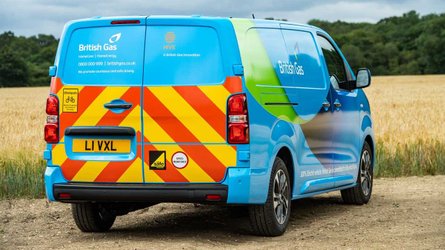