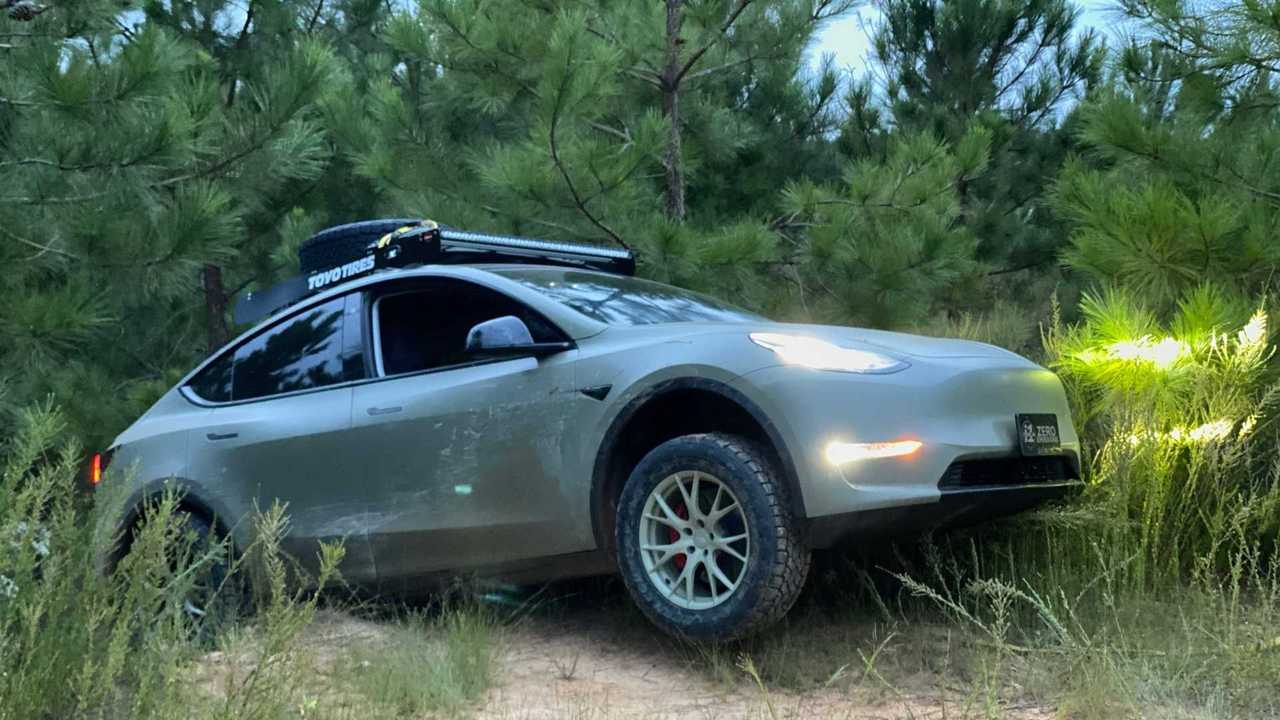 This strange Model Y also has some very unique wheels.

Is Tesla working on new in-house aftermarket parts for the Model Y? Is this just some one-off early prototype that still tools around the Fremont factory grounds?

We've already seen aftermarket off-road kits for the Tesla Model 3 and Model Y. In fact, our friend Brian Jenkins turned his Model Y into an Overlanding vehicle (above).

With the popularity of SUVs, camping, off-roading, and all things related, it only makes sense for Tesla to bank on those interests. This is especially true since many people believe the Model Y is too much like the Model 3. It's really just a raised Model 3 that would be better categorized as a hatchback or small crossover.

At any rate, Tesla YouTube influencers The Kilowatts happened upon the interesting creation shown below. As you can see, it appears to have a lift kit and all-terrain tires.

The images are not very high quality because they were captured on video by TeslaCam. The Kilowatts were driving around Tesla's Fremont factory when they spotted the crossover that looks like it has just been tested off the pavement. They also shared a few videos.

It's important to note that the Model Y was driving around Fremont Blvd., and it didn't have any license plates.

What do you think? Is this just a fun, one-off vehicle Tesla made as a prototype and still uses at the factory? Is Tesla testing out parts for a future off-road or Overlanding package? Leave us your insight in the comment section below.