This Is What Happened To The Very First Lordstown Endurance Prototype

The company preferred not to disclose what caused the fire.

We recently learned a Lordstown Endurance prototype caught fire a little after midnight on January 13. The only report we could find about it was published by Farmington Press. InsideEVs began investigating the details surrounding the incident and its cause, and we managed to learn a whole lot more. Farmington Hills authorities provided us with information and pictures due to our Freedom Of Information Act requests.

On January 12, Pirakalathan Pathmanathan – Lordstown Motors’ powertrain director – took the Endurance prototype for a test drive. He was accompanied by Simone Palombi and Akshay Sharma, two of his coworkers, who joined in what was the very first test of the prototype, which had “cleared testing inside of the factory.”

According to Farmington Hills authorities, after driving for about 10 minutes, Pathmanathan noticed the vehicle was moving weirdly. He stopped, “in the eastbound of 12 Mile Road, just east of Copper Creek Lane,” according to police officers who arrived there at 12:31 AM on January 13. Pathmanathan said the Endurance “started on fire from underneath.”

When the police arrived, what they saw the electric pickup truck “fully engulfed.” Firefighters arrived at 12:39 AM and left at 1:43 AM. The blaze had “a minor extension to the trees in the median,” according to the incident report.

The firefighters noted magnesium “from the water reaction below the rear seats in the passenger compartment.” The hood was completely melted, and the doors were open. After the fire was extinguished, the firefighters soaked the vehicle for ten more minutes to avoid "a rekindle."

Gallery: This Is What Happened On The Very First Lordstown Endurance Mule Test

Pathmanathan did not have at the time all the information requested by police officers, but provided it the following day and confirmed it was just a prototype. According to the police report, since the incident did not “appear to be suspicious,” “the vehicle has been released to the manufacturer.”

InsideEVs contacted Lordstown Motors to ask about the fire's cause and what the company plans to do to avoid it with beta prototypes it plans to build soon. The company said it does not “generally comment on individual testing conditions” but confirmed there was an “event.” 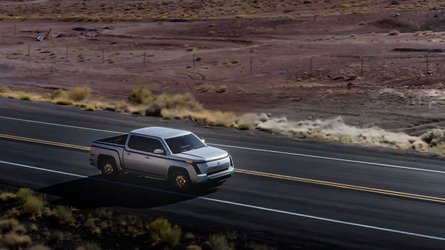 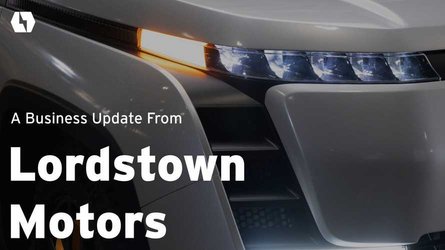 It also wanted to stress this was a development mule, not a full Endurance pickup truck. The pictures show the prototype really looks like an ordinary pickup truck, although we cannot identify the manufacturer. It seems to be something made by General Motors – maybe a Silverado or Sierra.

Lordstown Motors also said “like all of our test findings, we do it to create a great product.” In the middle of recalls for issues with battery packs coming from the Hyundai Kona Electric and the Chevy Bolt EV, we certainly hope that is the case.