The same cells from LG Energy Solution are in the Chevy Bolt EV.

We are still waiting for an official explanation about what caused the fires of the Hyundai Kona Electric and also of the Chevrolet Bolt EV. Both cars use LG Energy Solution cells in their battery packs. A report from the Korean media said Hyundai had found the fires' cause: defective cells from the supplier. LGES told InsideEVs no cause has officially been determined.

Update: LG Energy Solution contacted InsideEVs to say there's still no official conclusion for the fires. The article has been updated to reflect that.

The news came from the Korean website NewDaily. According to the article, “a serious defect was found on the lithium-ion battery supplied by LG Energy Solution,” but it does not mention exactly which. NewDaily would have learned that from an industry insider who is also not identified.

The report presents quite some details. Hyundai would have found the issue at its Namyang Research Center. On February 10, it would have asked an LGES executive to check the problem. This LGES employee would have apologized to Hyundai on his company’s behalf.

LG Energy Solution would be coordinating with the Ministry of Land, Infrastructure, and Transport to disclose the investigation's results. This Korean government department would also have taken part in trying to discover why so many cars caught fire in the country. There were cases reported in Canada and Austria as well.

According to NewDaily, the Korean supplier – which recently won a dispute with SK Innovations in the US – would be preparing countermeasures to avoid that new batteries have the issue and correct it in affected battery packs. Curiously, Kia uses cells from SK Innovations in similar battery packs and had no fire issues reported so far.

NewDaily also mentions that an official said LG Energy Solution would probably have to replace all affected battery packs in the world when the ministry officially talks about the causes. More than 77,000 cars have been officially affected. To InsideEVs, an official from LG Energy Solution said: "The exact cause of the Kona fire has not determined yet. The investigation is still underway with related authorities." 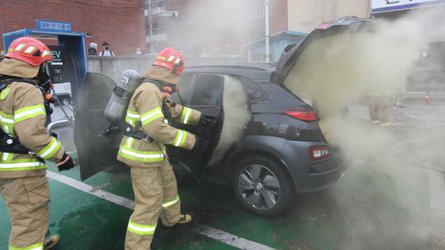 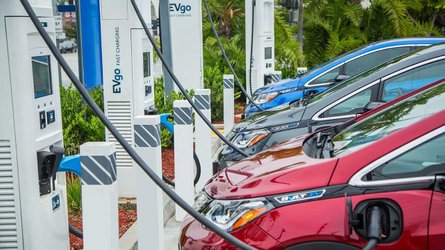 Business Korea would have contacted the Korean supplier, which denies the battery defect. However, it has confirmed it was at Hyundai’s Namyang Research Center. The plot thickens: although LG Energy Solution refuses the reports are factual, it would be already planning to seek compensation from its battery separator supplier. Rumor has it that this is the cause of the fires, and LGES would go after that supplier if that is really the case. We asked the company about that and LGES told us the company's policy is not to disclose that information.

Whatever the explanation for the fires is, it seems we are closer to an official one for two recalls at once. Affected customers have already waited more time than it would be reasonable for some peace of mind.