The study also found that more people are likely to buy the F-150 Electric than the Cybertruck.

Interestingly, people are likely making the decision based on past buying experience, since there's almost no information available about the F-150 yet. Meanwhile, while the Tesla Cybertruck hasn't yet been launched, it's all over the news, and most details have already been revealed.

Once compelling electric pickup trucks and larger three-row SUVs come to market, and are made reasonably affordable, EV adoption stands to see a big spike in the U.S. This is because trucks and SUVs are all the rage on our shores.

The Cox study included four electric pickup trucks: The Tesla Cybertruck, Rivian R1T, Ford F-150 Electric, and GMC Hummer EV. Cox focused on people planning to buy a new pickup truck. They showed them photos of each of the electric trucks, first without branding and later with the brands revealed.

The information below came from the responses to the photos shown without branding. Cox simply asked, "How appealing do you find this vehicle?" As you can see, Tesla didn't fare well. 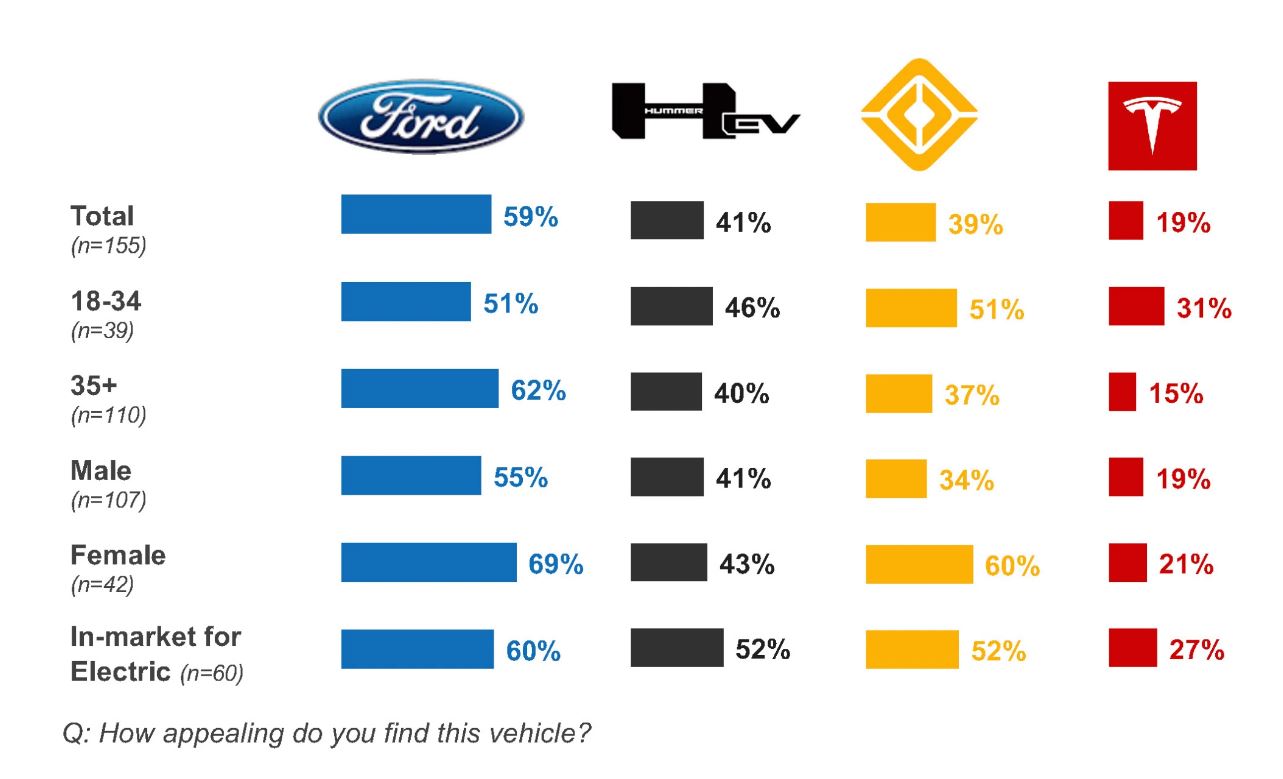 The chart below applies to the results of the study when people were shown the trucks with branding. They were asked, "How likely are you to consider the following pickup truck for your next purchase?" Ford still took the win, but the Cybertruck did much better when people knew it was a Tesla truck. 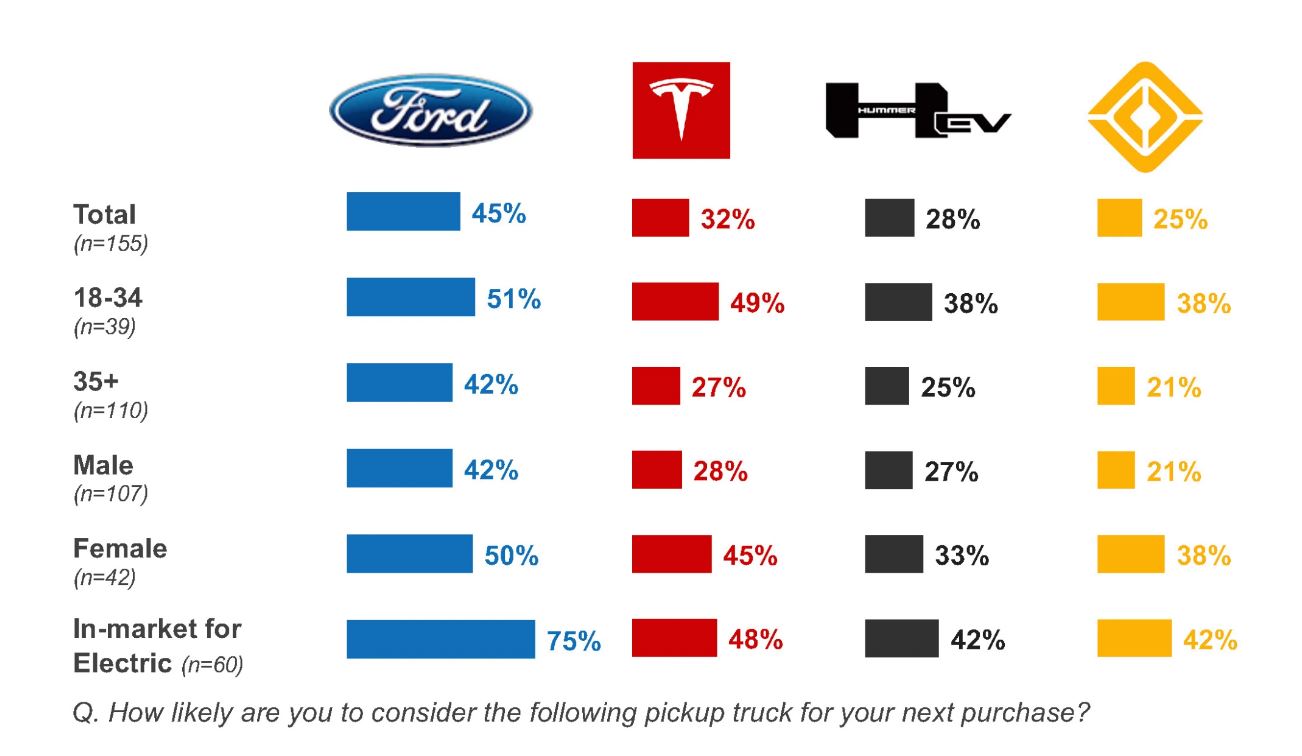 Both charts really make a lot of sense. For people who know nothing about the Tesla Cybertruck, seeing it can be shocking. Most people likely think it's pretty weird and polarizing at first. Meanwhile, the Ford F-150 is the most popular truck in America.

Tesla is gaining in popularity and has a huge following. So, it also makes sense that people would be interested in the Cybertruck once they were made aware it's a Tesla vehicle.

In the end, it's not important which electric pickup truck people buy. What's more important is whether or not they'll actually follow through with going electric.

You can check out the entire study and more graphics by clicking on the Cox Automotive source link below.