Why would someone do such a thing?

This TeslaCam video captures an enraged 2007 GMC Envoy driver who decides to unload his gun by firing four shots at a moving Tesla.

Let's start off by saying that we have no idea what led up to this shooting incident and we should note that the occupant of the Tesla was not harmed. However, there was significant damage to the vehicle that will cost thousands to repair.

As you'll see in the video, a GMC Envoy comes up alongside the Tesla and the driver brandishes a gun and fire shots directly at the Tesla. In fact, the shots seem targeted at the driver of the Tesla, though none of the gunshots hit the driver.

As the video uploader notes in comments:

So maybe we can collectively find the person involved in this shooting incident and contact the authorities to take the proper actions required.

We've seen quite a few road rage incidents involving Teslas, but this one is perhaps the worse. Luckily, the driver of the Tesla was not injured, but regardless, this sort of action needs to stop.

TeslaCamLessons Videos is a series of incidents happening in the daily life of Tesla owners captured by Tesla built-in cameras (Dashcam and Sentry Mode). The videos are intended for educational purposes. A viewer can learn from the incidents of bad drivers, can educate himself/herself with better driving safety, can pay more attention to others on the road as well as prevent any unfortunate incidents in the future. 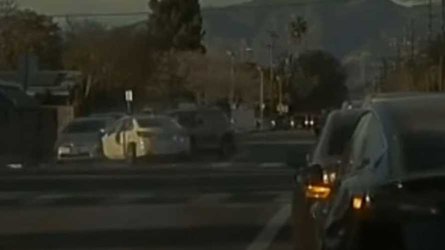 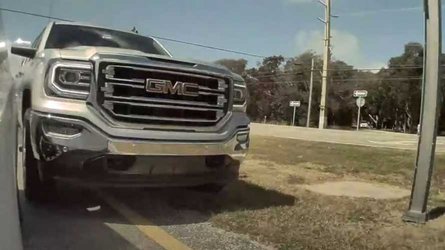 Watch This Crazy GMC Sierra Truck Driver Attack A Tesla Numerous Times
By: Eric Loveday
++
Got a tip for us? Email: tips@insideevs.com