This is an actual production vehicle delivered to a new owner who noticed the Megacast piece.

Back in 2020 we posted a Tesla Model Y teardown video hosted by Sandy Munro in which he analyzed the rear structure of the new electric crossover. Munro’s teardown revealed that the rear section was comprised of two pieces held together by a cast aluminum joining brace, but all of these were to eventually be replaced by a single-cast piece known as the ‘Megacast.’ 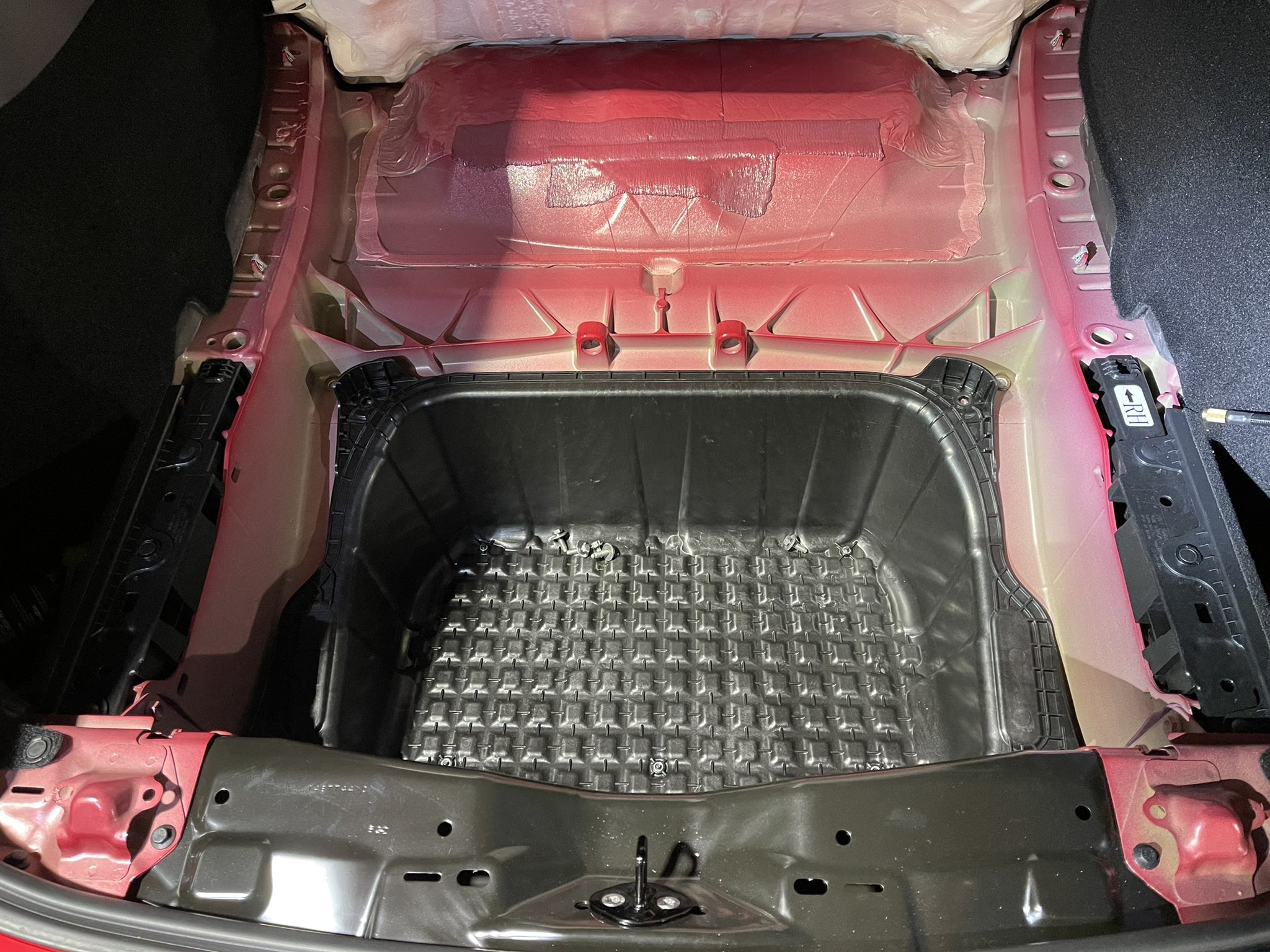 Well, now that Megacast piece was spotted in a production vehicle for the first time and based on the photos provided by Tony Pham, the person who noticed the single-piece component. Interestingly, the vehicle this was spotted on (bearing a VIN in the 97k range), still used the pre-facelift interior (it didn’t come with the revised center console and door cards).

Why is this single-piece rear frame component so important? Well, the end user won’t notice any difference between a vehicle with the Megacast piece and one that used the two sides and joining piece in the middle. However, from a manufacturing standpoint, this makes it simpler for Tesla to create the car, although it had to devise a special press (known as the Giga Press) to stamp large structural pieces such as this one.

If you don’t know what this is about or why it’s a big deal, then you may want to check out Sandy Munro’s aforementioned teardown video where he not only shows off the rear part of the car, but also explains how everything comes together.

Semi Crashes Into Tesla Model 3 On Autopilot, Pushes It For Half Mile
How Much Range Does an Electric Car Lose Each Year?
How Does A 2013 Tesla Model S Fare After 350,000 Km?
VW's Herbert Diess Explains Why Brand's EVs Are Better Than Gas
Foxconn Unveils First EV Concepts With Up To 466 Miles Of Range