Tesla continues to keep owners and prospective buyers up to date with its future plans.

Tesla recently published an updated map of its future Supercharger stations. It's important to note that the update adds some new future stations, removes some that were previously listed, and provides new timelines.

One of the main reasons many people say Tesla is ahead of other EV makers is thanks to its proprietary Supercharger network. Tesla has implemented, and controls, the largest proprietary EV charging network in the world and it continues to expand globally on a regular basis. Even when a new (and very compelling) electric vehicle comes to market, one of the first flaws most Tesla owners will point out is the lack of a charging network.

Recently, Tesla announced that it has brought a total of 20,000 Superchargers to life over the years. The units exist at some 2,100 stations across the globe. You can find Tesla's current U.S. Supercharger map here. Each year, Tesla updates the map with its revised future plans. Apparently, even though Tesla has "planned" or "future" locations on the map, that doesn't mean they're sure to happen. There are many steps involved in securing a site and getting approval to put a station up.

According to Electrek, the updated 2021 map has many new future stations in areas where people are buying Tesla vehicles in increasing numbers, such as California, China, and Europe. If you click on the map, more information is provided. For example, if you click on a gray icon (future location), it will enlarge, turn black, and a box will pop up that says something like, "Target opening in Q2 2021. Timing and location subject to change. New locations added and timing updated quarterly." 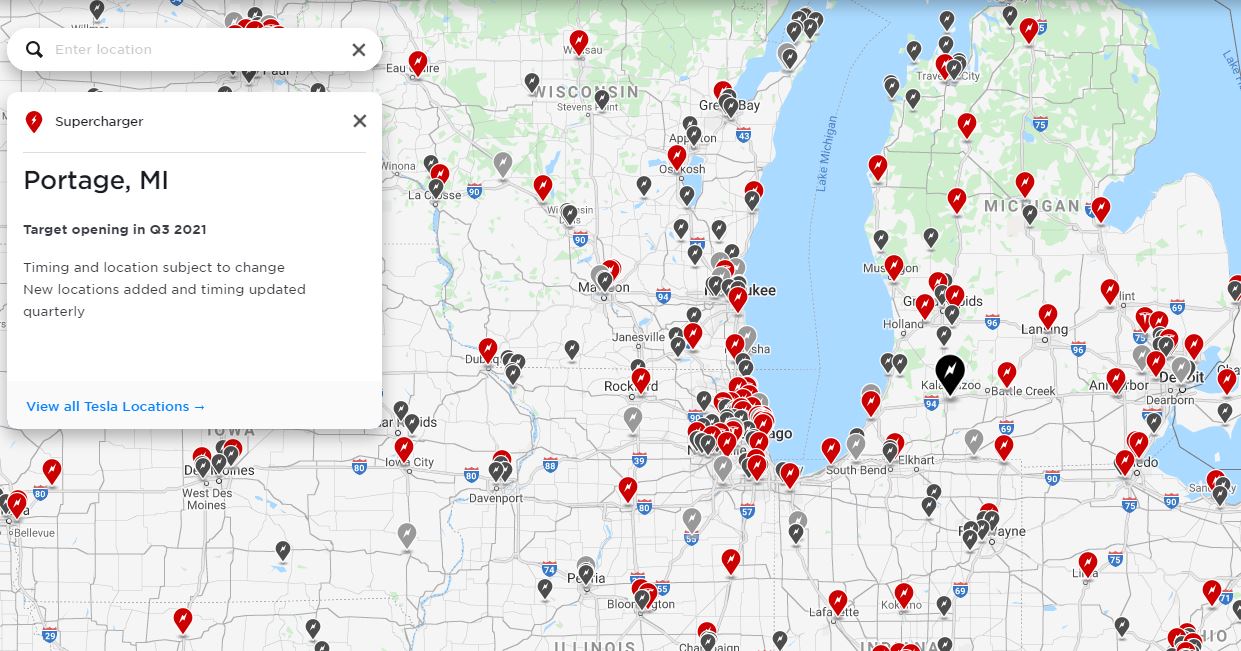 Do you have a Supercharger station near you? Do you wish there was a closer location or a new location in an area you regularly travel to? Check out the map and let us know if you find any good news.